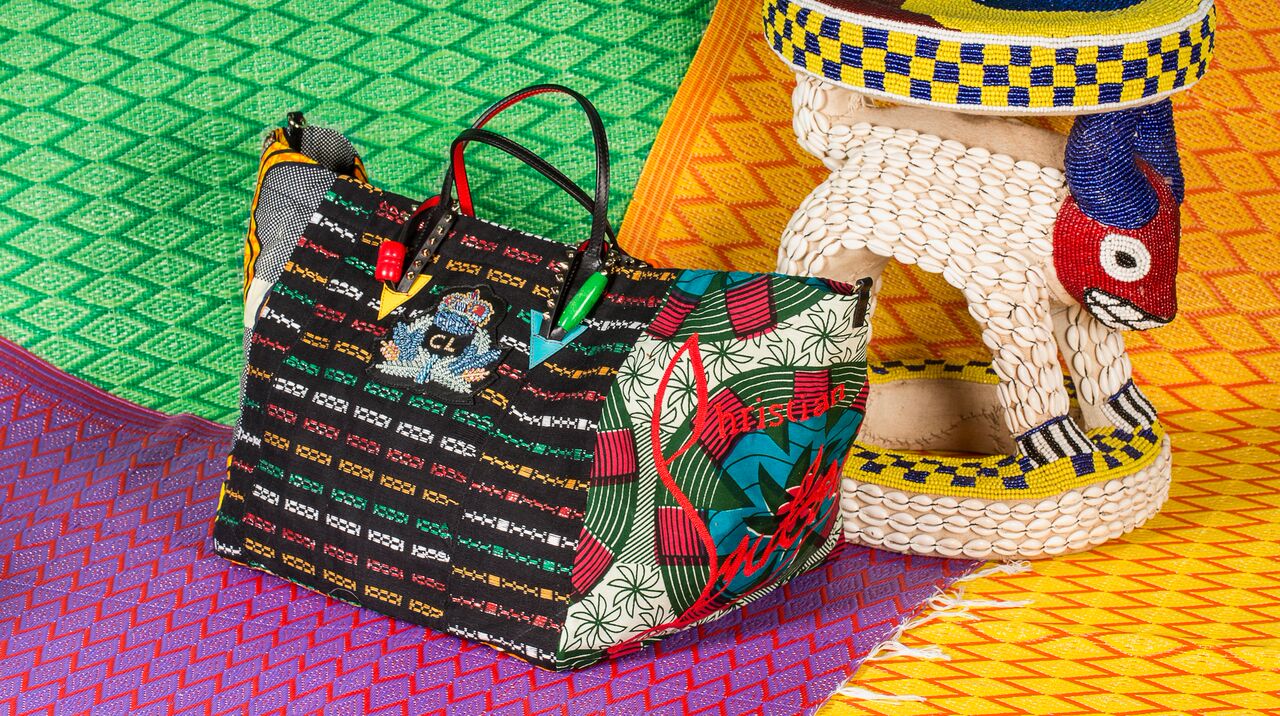 A beautiful pink house in the center of Dakar is the site of Christian Louboutin’s first handbag collaboration. Here, at La Maison Rose, women learn the traditional Senegalese skill of embroidery, ensuring them a trade – and a brighter, happier future. For these women, the house is a sanctuary that gives them refuge whilst empowering them with valuable skills that will eventually allow them economic autonomy. The Africaba is the result of an original collaboration between Christian Louboutin, his close friend philanthropist Valérie Schlumberger and the women of La Maison Rose. Having dedicated her life to the region, Valérie Schlumberger founded the CSAO (Company of Senegal and West Africa) shop in Paris over twenty years ago. Created with the premise of opening up European markets to the work of West African artisans and artists, CSAO’s mission is to build a sustainable and equitable relationship between the two continents.

With craftsmanship and economic equality driving the collaboration; the Africaba carries the stories of at least 40 artisans linked by their craft working half way around the world to create each bag. Fusing traditional skills from these countries with the highest standards of craftsmanship, each bag is a rare treasure that guarantees living wages for everyone involved at every stage of the process.

Before Africaba has reached its final destination on the arms of Christian Louboutin fans, it has traveled on a global journey of charity, community and artisanship all of its own. Follow along below to experience the journey of Africaba!

FRANCE: The journey begins in the mind of Christian Louboutin, where he creates the sketches that will become Africaba.

MALI: Once the sketch is ready and materials are decided, the story continues with a community of more than 160 women who turn recycled plastic into yarn. From this yarn, they make beautiful vivid bracelets. 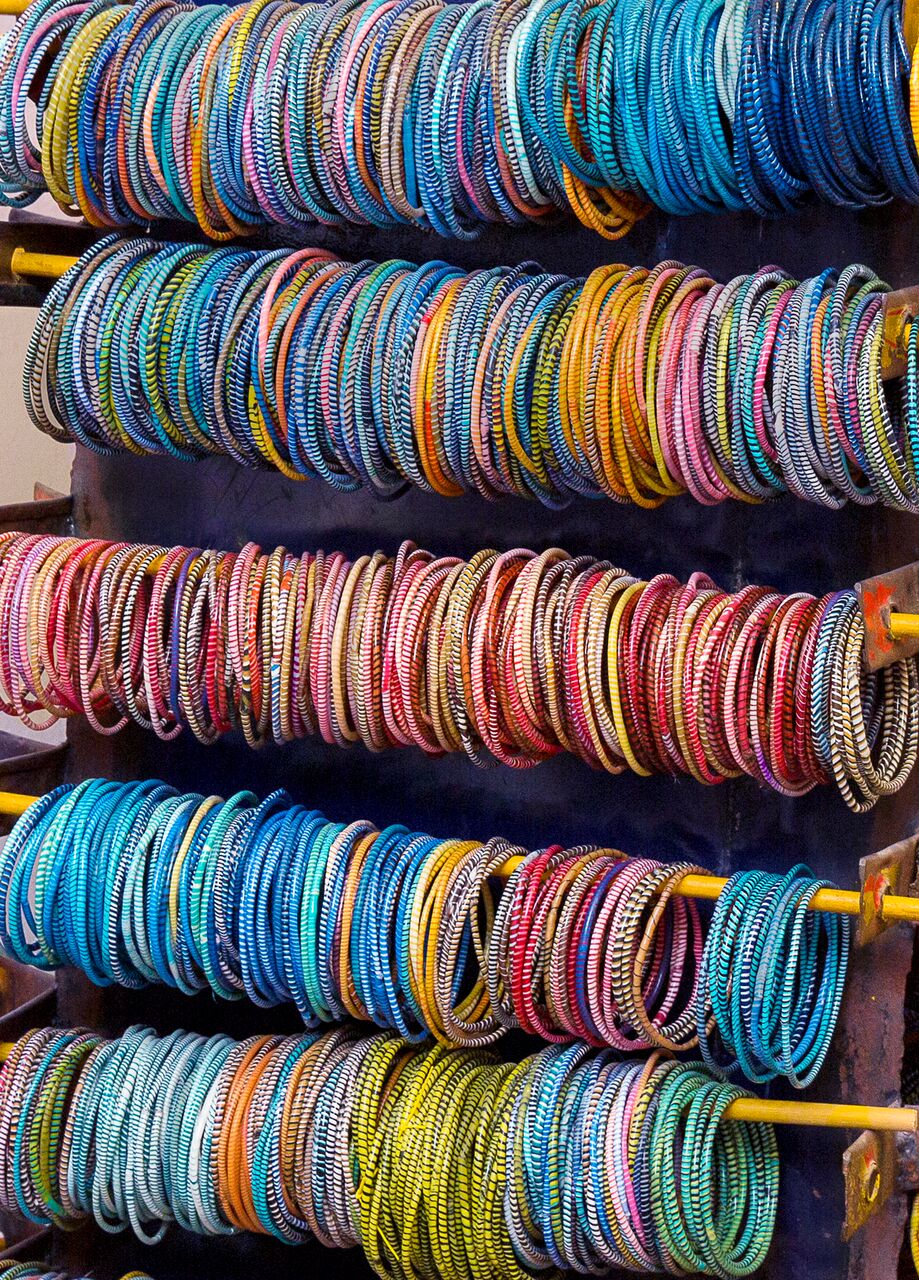 SENEGAL: The bracelets arrive in Dakar. Many of those living at La Maison Rose are extremely fragile due to economic strife, for them the simple repetitive act of cutting bracelets into small beads is a very manageable task. Everything earned is saved until the day each woman can leave the pink house to begin her new life.

INDIA: The beads that make up the CL crest are hand embroidered in India by extremely skilled artisans. These expert craftsmen produce many of the embroideries found on Christian Louboutin’s women’s, men’s and leather goods styles. Continuing this relationship safeguards that established and self-sustaining artisans do not lose out nor are undercut by a new labour elsewhere. 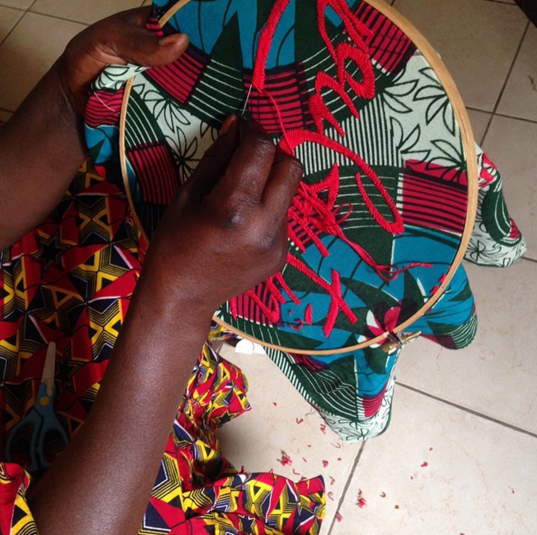 SENEGAL: A multitude of different textiles from West Africa are assembled here. Aso Oke weaving is deep in this nation’s cultural heritage; CSAO purchases it to secure fair cash flow to weavers. CSAO buys the “wax” fabric that is traditional across sub-Saharan Africa from local traders rather than international conglomerates thus ensuring direct cash flow to workers.

SENEGAL: Women trained through La Maison Rose’s embroider are taught to embroider the most technically complicated panel on each bag. This process in turn raises their skill level, crucially increasing their earning power. 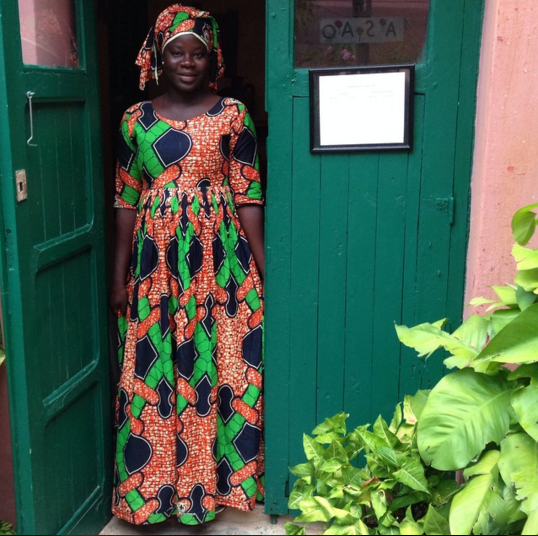 ITALY: All Christian Louboutin bags are assembled in Italy, here the world’s leading artisans play their part in the luxury leatherwork and finishing’s on each bag.

FRANCE: The final stop on Africaba’s journey is the home of Christian Louboutin. In Paris, recycled beads sourced from the famed Marche Aux Puces are added to the bag establishing another re-use of materials, essential to Africaba’s environmentally conscious mission. 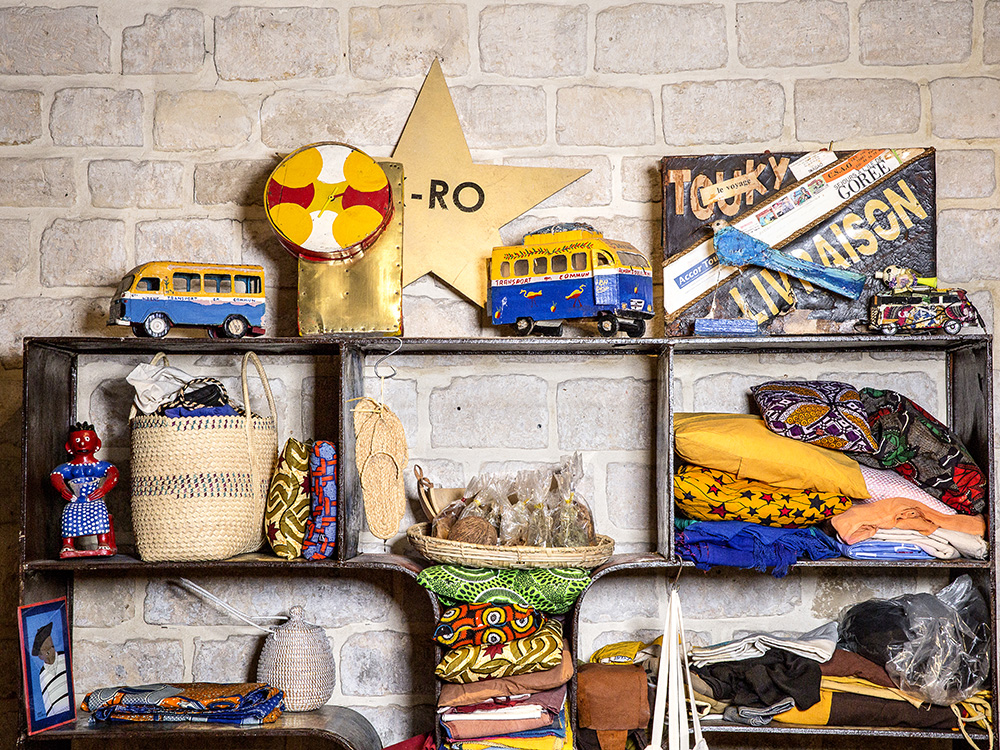 But the tale doesn’t end there! The incredible journey continues when the owner of each limited edition bag takes Africaba on its next adventure! Share your Africaba story with the hashtag #LouboutinWorld, for a chance to be featured on Christian Louboutin’s Instagram @LouboutinWorld.