“Disney’s call regarding Star Wars was completely unexpected and surprised me. But I like surprises and this one particularly intrigued me! At first sight, the Star Wars universe and mine seem far away from one another but when I saw the pictures of the red planet Crait, I instantly understood where it connected and why they had thought to me. Strong ideas and images spontaneously came to my mind.” - Christian Louboutin

It was a meeting of the minds when Christian Louboutin met with Doug Chiang, Executive Creative Director for the Star Wars franchise, at Industrial Light & Magic, the innovative studio leading animation and special effects for the saga. From their magical time together in both San Francisco and Paris, a galatic collection of Star Wars: The Last Jedi-inspired styles were born to celebrate the release of the new film. 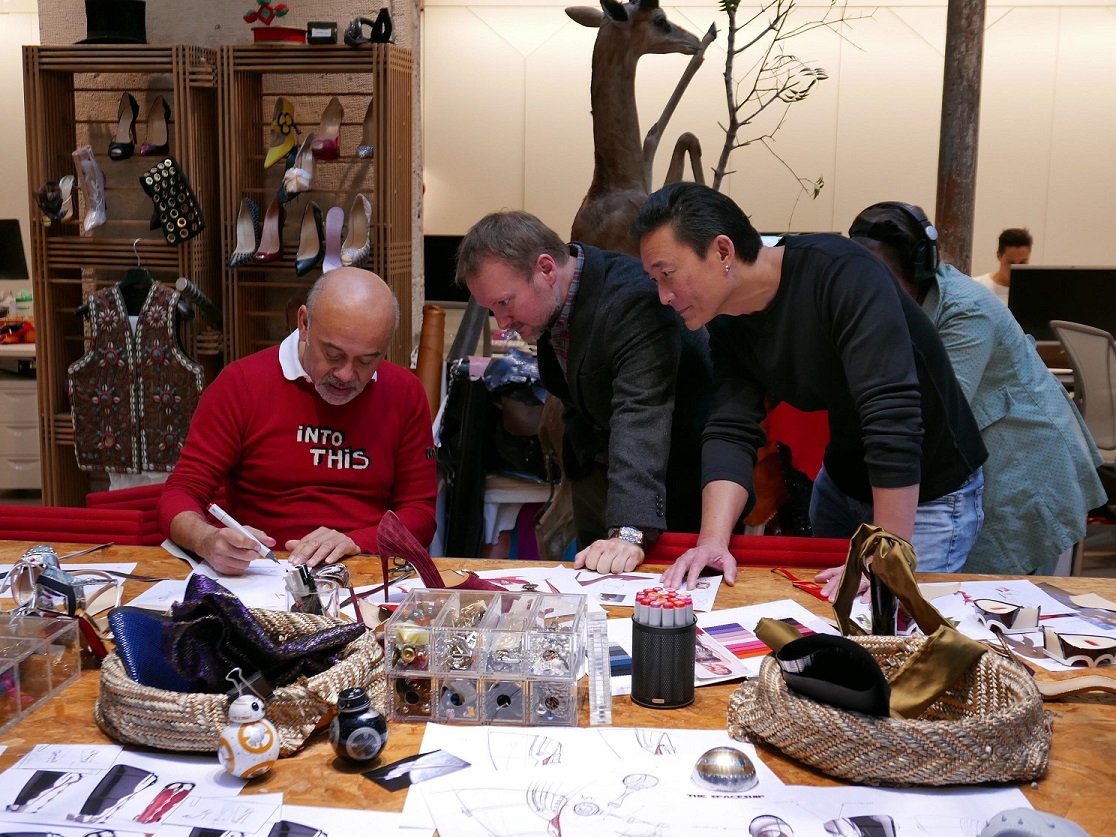 Leading the charge is the ‘Space Shoe,’ a spaceship-inspired showpiece that marries the designer’s imagination and whimsy with state-of-the art technology created by ILM. With a nod to styles in his collection, including the one-of-a-kind Ballerina Ultima, Christian imagined an otherworldly showpiece that transforms magically from shoe to spaceship. 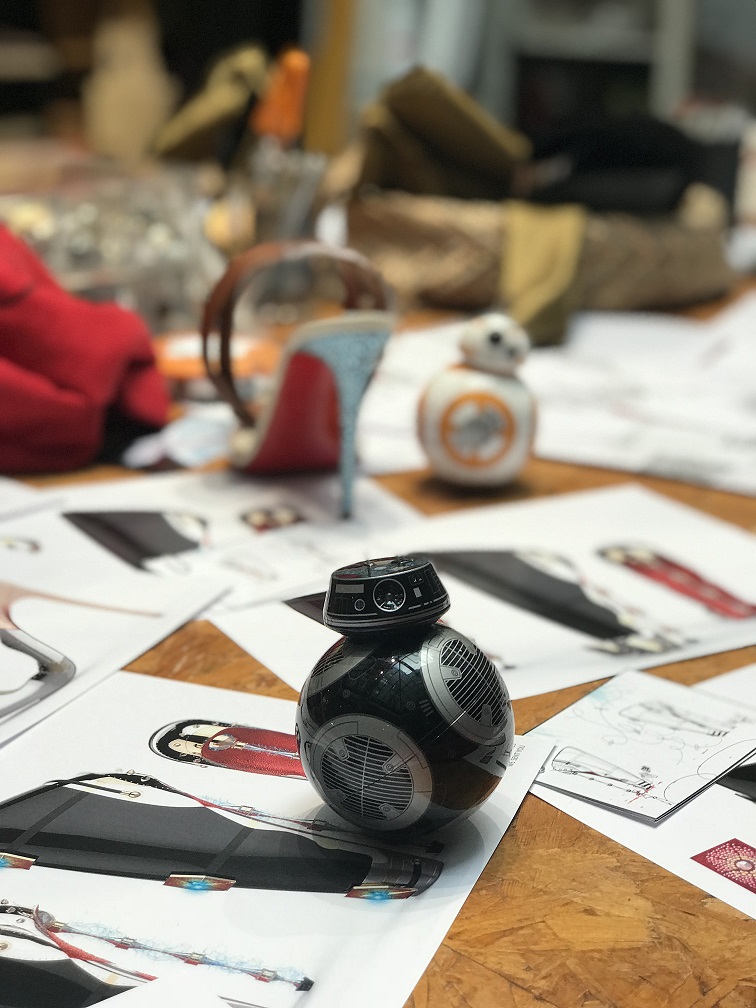 In addition to the Space Shoe, Christian Louboutin created four one-of-a-kind styles as part of the collaboration, each representing one of The Last Jedi's powerful heroines: Rey, a Jakku scavenger, Vice Admiral Amilyn Holdo, the newest addition to Star Wars, Captain Phasma, commander of the First Order's legions of Stormtroopers, and Rose Tico, a Resistance maintenance worker.

Bonded by bespoke Tie Fighter Jet-inspired jewels, each shoe was created with the spirit of the character in mind. 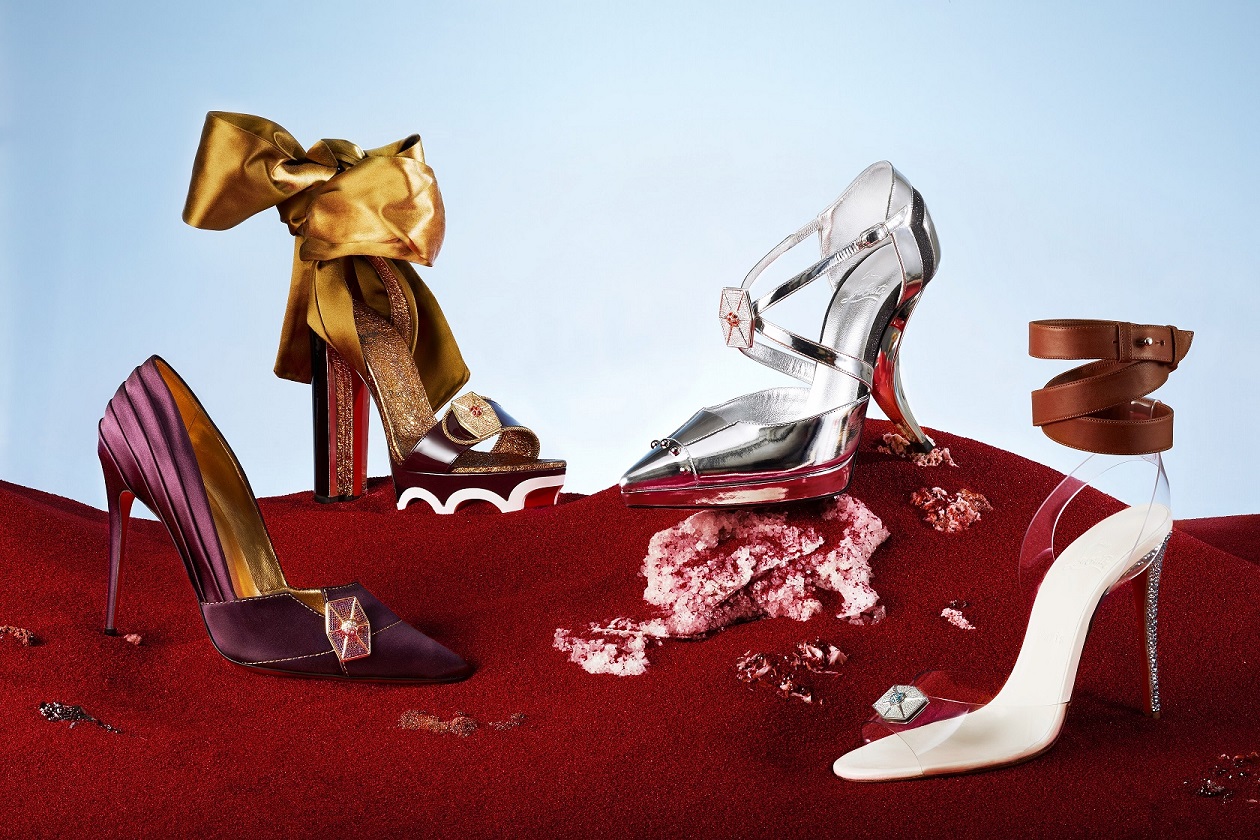 The Space Shoe and four custom styles made a memorable debut, guarded by glossy red members of the Praetorian guard at the highly-anticipated world premiere of Star Wars: The Last Jedi, held in Los Angeles on the evening of Saturday, December 9. The Space Shoe, set inside a sparkling red crystal display evoking Planet Crait, was enveloped in a hyper-realistic, 3D-animated holographic installation that brought the story of the Nomad Shoemaker to life. 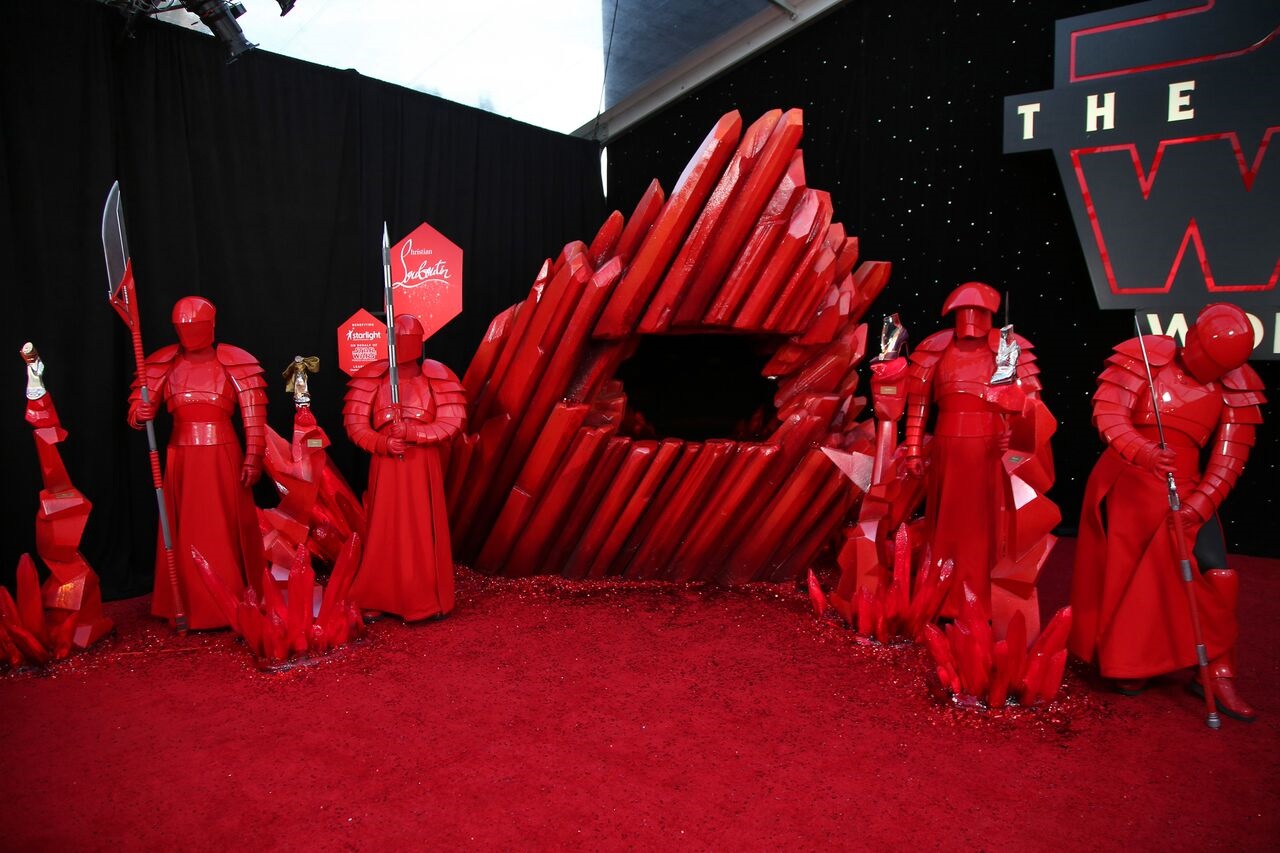 Star Wars: The Last Jedi premieres worldwide on December 15. The Space Shoe, as well as commemorative styles - each signed by Christian Louboutin, as well as the actress the shoe was create for - are available at auction to North American bidders via charitybuzz.com/StarWars from now - December 20, with a portion of proceeds benefitting Starlight Children's Foundation on behalf of Star Wars: Force for Change.

See more of the Christian Louboutin and Star Wars: The Last Jedi collaboration on Instagram, @LouboutinWorld.