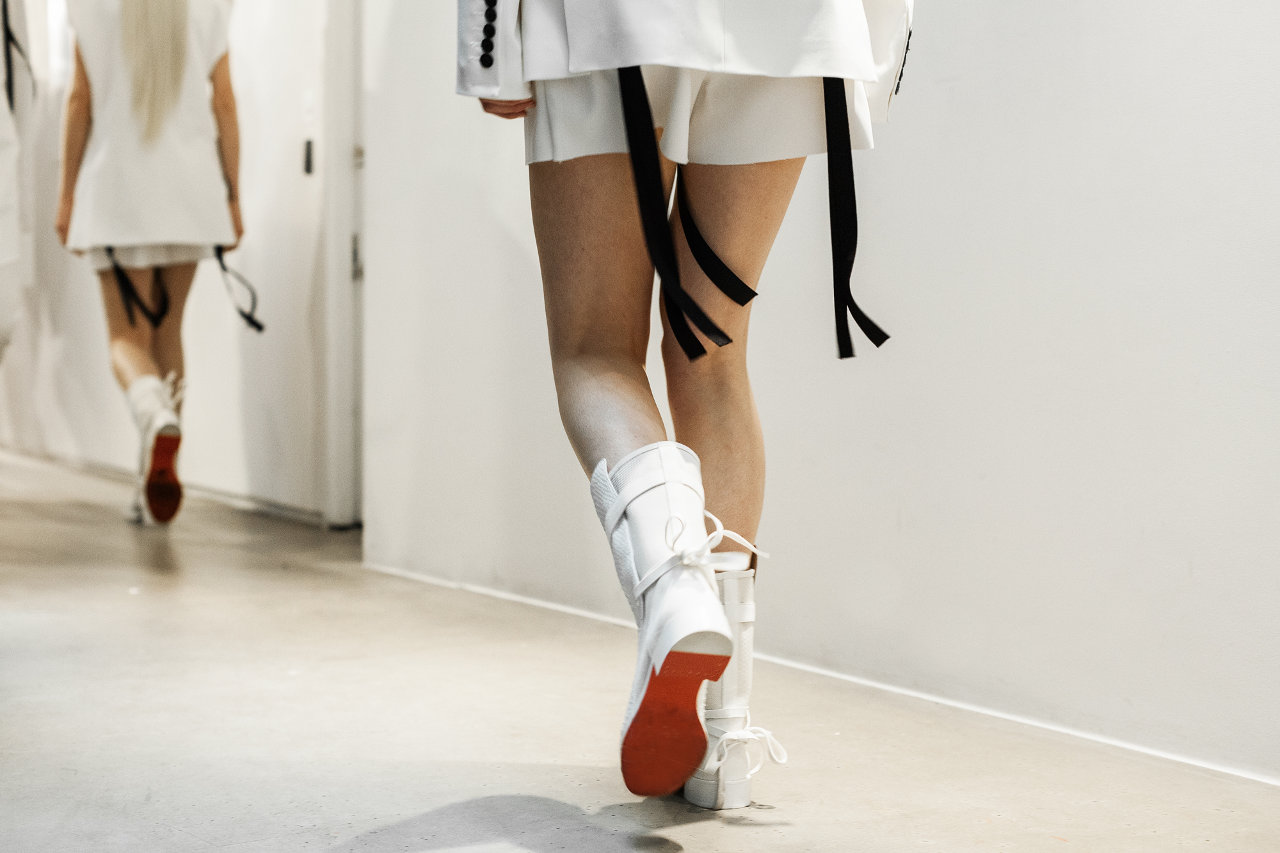 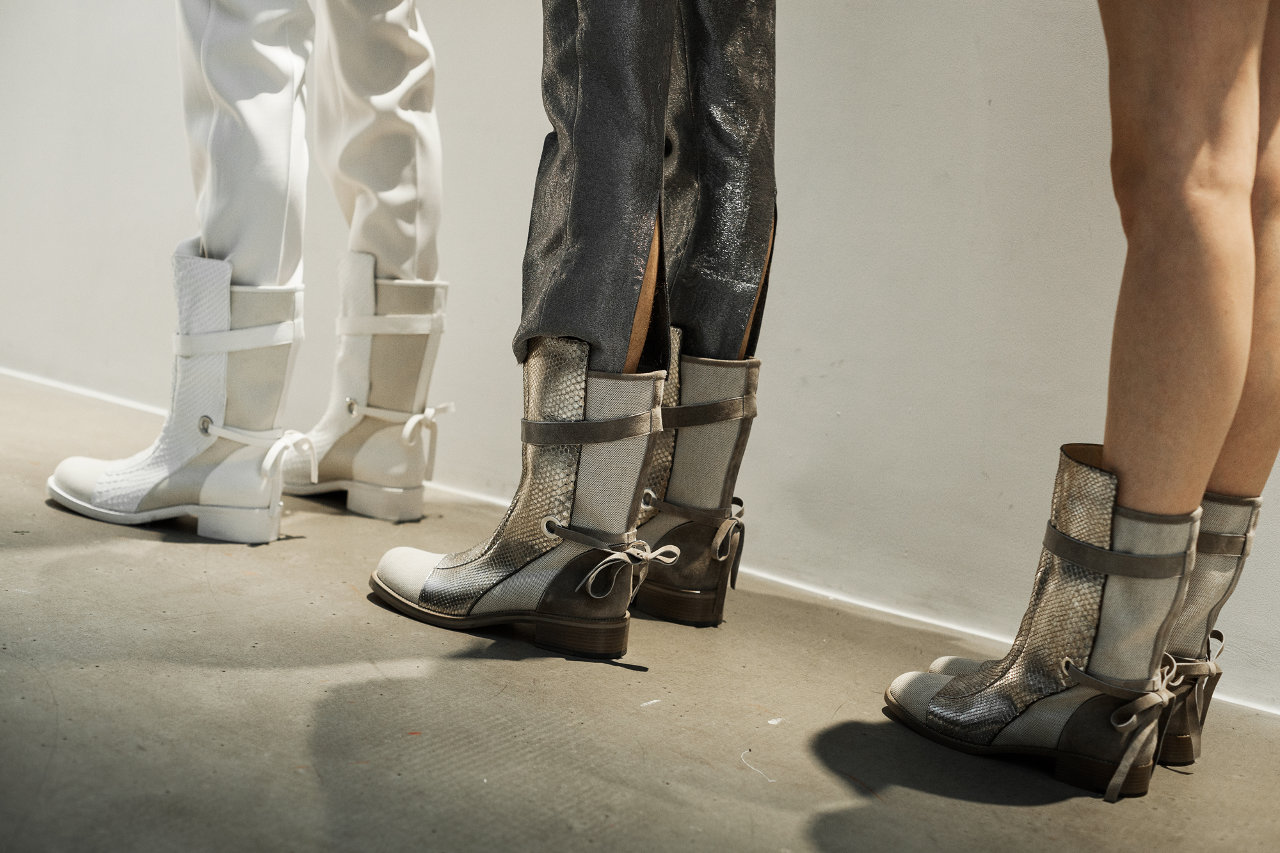 “I’m obsessed with the shoes,” said Todd of the unisex, multi-media biker boots. “They have a real continuity with the patchwork details of the collection.” In a spectrum of neutrals and a metallic, each mid-calf boot features a piece of python with a stamped eyelet and ties that fasten around the back of the boot, achieving a pieced together aesthetic. “There’s a lot of tying-on, which I love,” Lynn explains of the collection. “I like the idea of a found garment; it reminds me of being a kid when I’d find clothes and adapt them. You make your own vision in how it’s worn.” With the scavenger in mind, oversized leather jackets for men and women are likewise adapted with straps that are adjustable on a whim, while tailored, patchwork leather jackets create a contrast against more voluminous silhouettes seen in the collection. 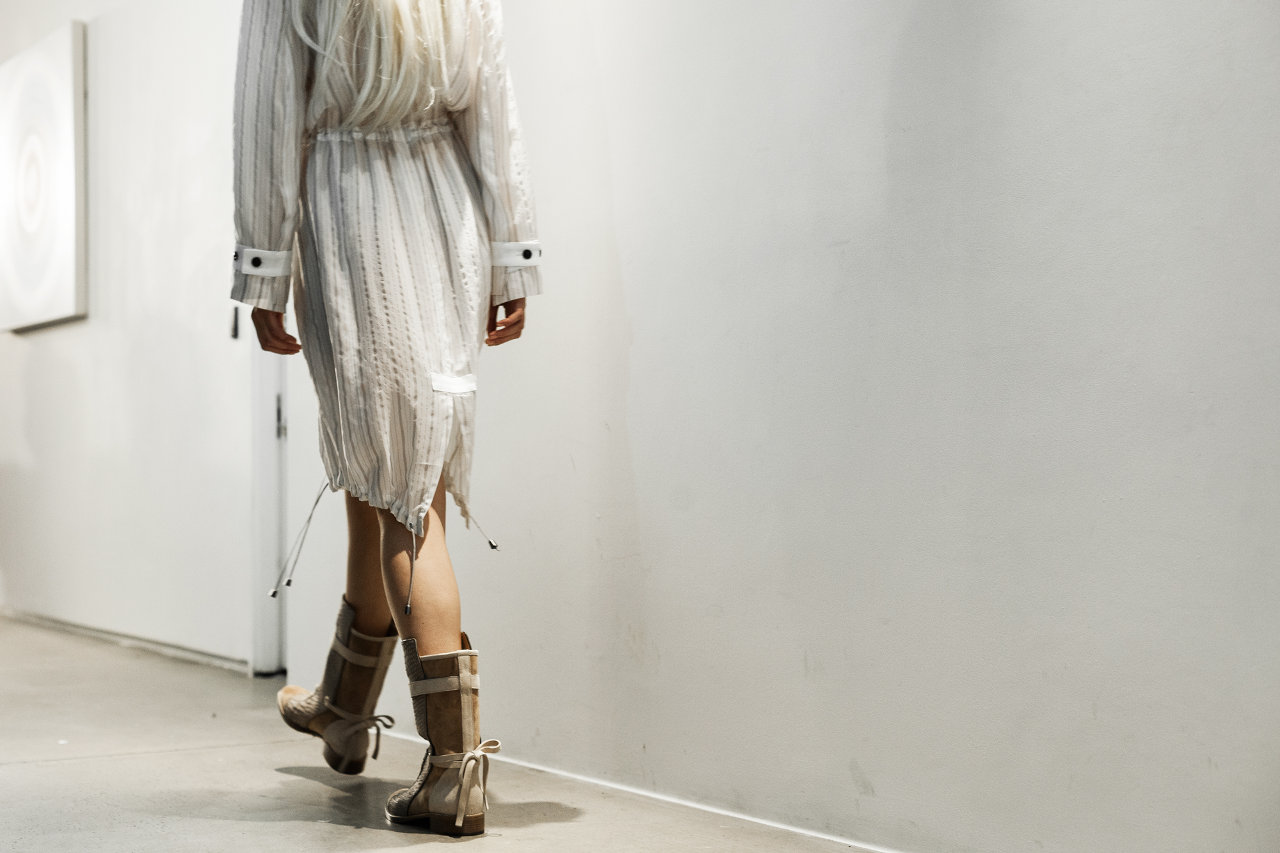 Departing from his usual black on black palette, Lynn opted to dress his tribe largely in white as well as a futuristic reversed silver jacquard. Topped with blunt banged, bleached blonde wigs, the Nordic-looking models appeared both androgynous and powerful. “Androgyny is what I always do. Boys and girls are becoming the same, that’s what’s happening in the world.” 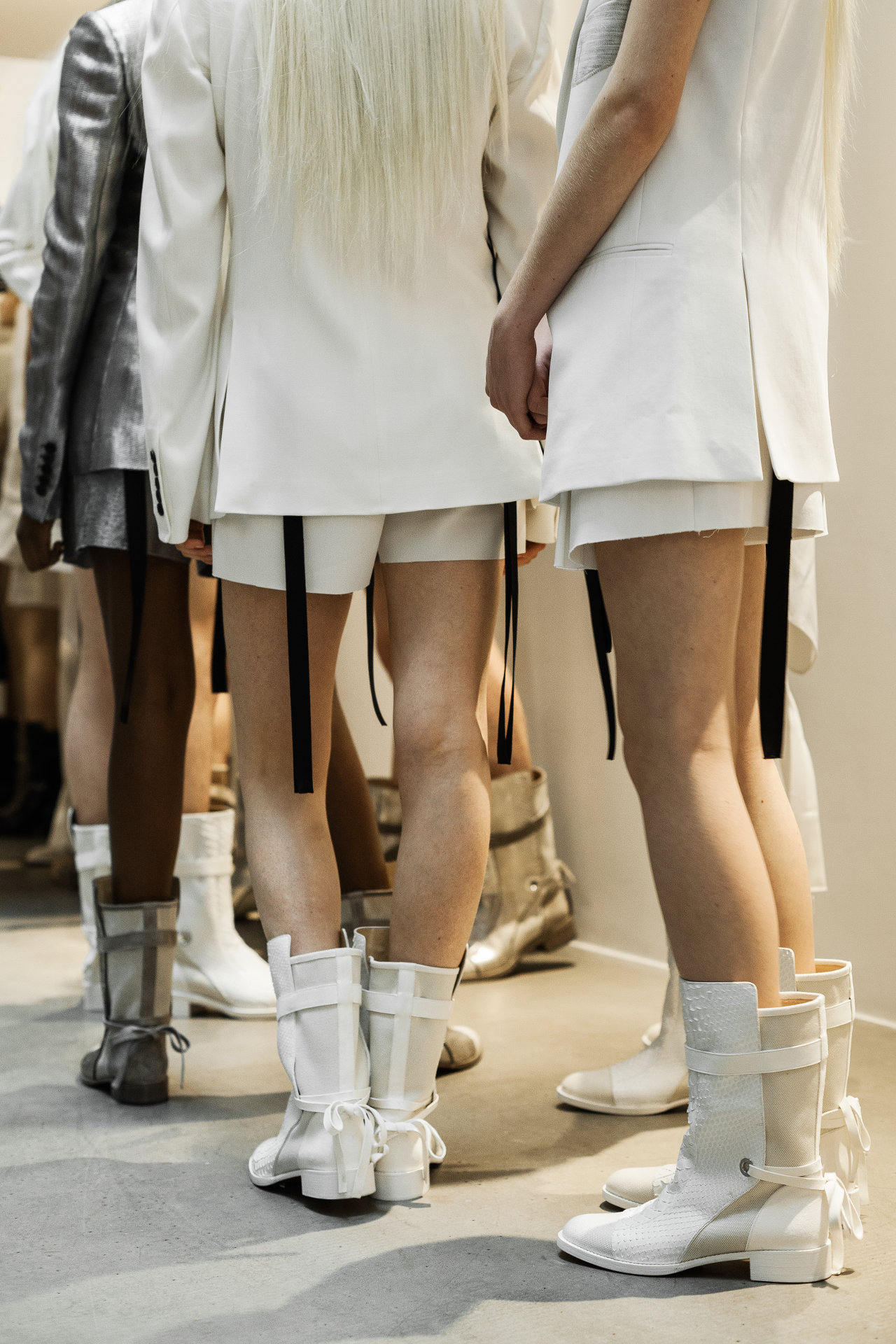 For more on Todd Lynn, visit toddlynn.com and for more from the LCM catwalks, follow our newly-launched Instagram for the Louboutin man, @LouboutinHomme.