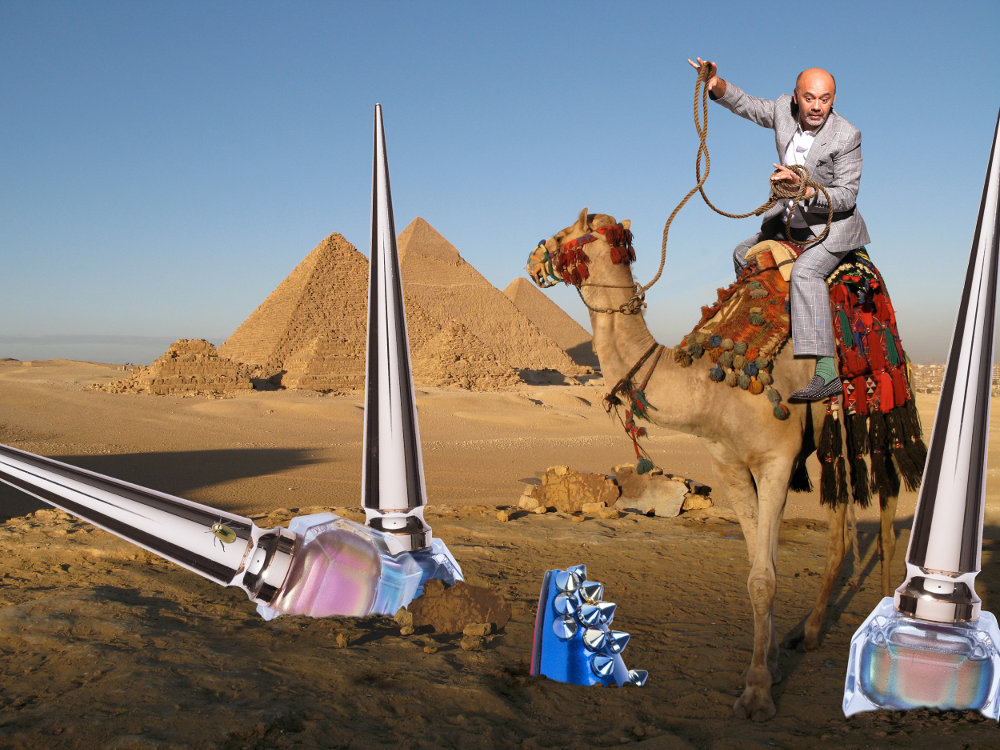 Egypt: the land of pyramids, pharaohs, hieroglyphs and, now, Beauté Louboutin! Already capturing attention globally, our limited edition trio of nail colours, Scarabée, has arrived in Louboutin World. Named for the sacred scarab beetle, whose namesake evokes the iridescent amulets worshiped by ancient Egyptians, the collection is Christian Louboutin’s latest contribution to the world of beauty.

Louboutin lovers will notice that this marks the second appearance of Christian’s muse; the precious bug first materialized as the clasp of the Khepira bag for Spring 2014. This season, rather than the silhouette, it was the opalescent shell of the Scarab beetle that inspired three new shades of Beauté Louboutin nail colour. 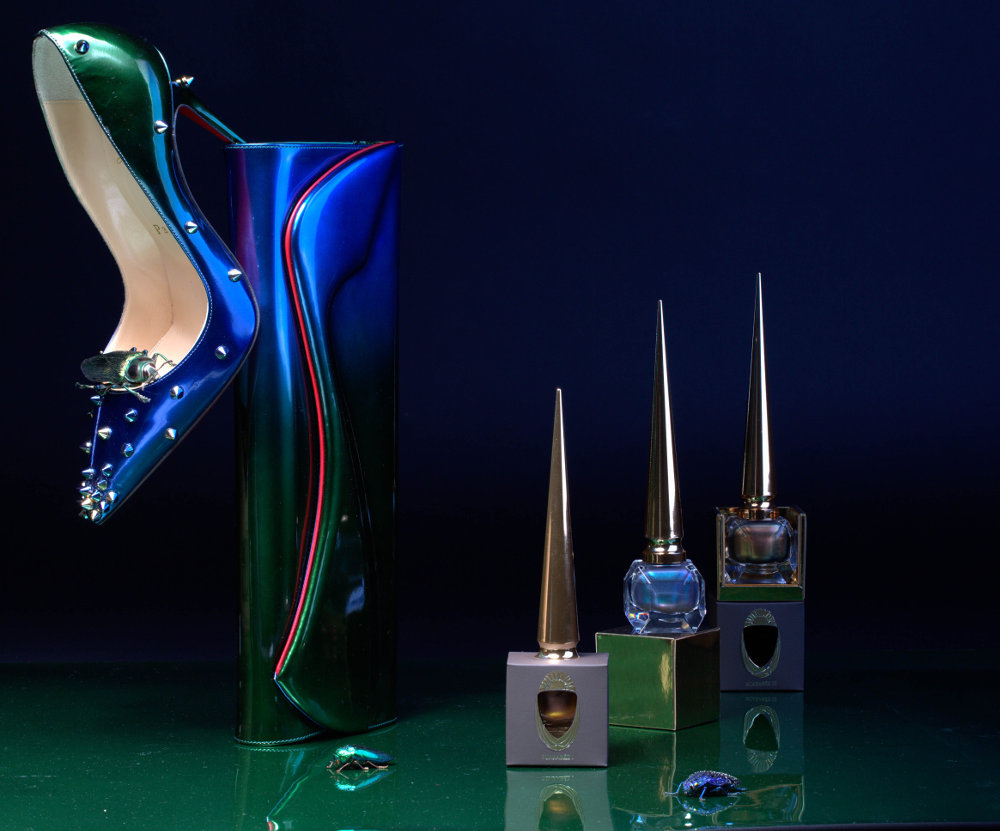 “They can look beautiful and reflective under the bright sun but also look like a precious jewel by night,” says Christian of the Scarab beetle, and the three colours, which each boast an opalescent, reflectivefinish:

With a design that feels more like sacred object than beauty product, the bottles are topped with signature spike caps in copper gold, and are encased in brown cartons adorned with a copper gold scarab motif. 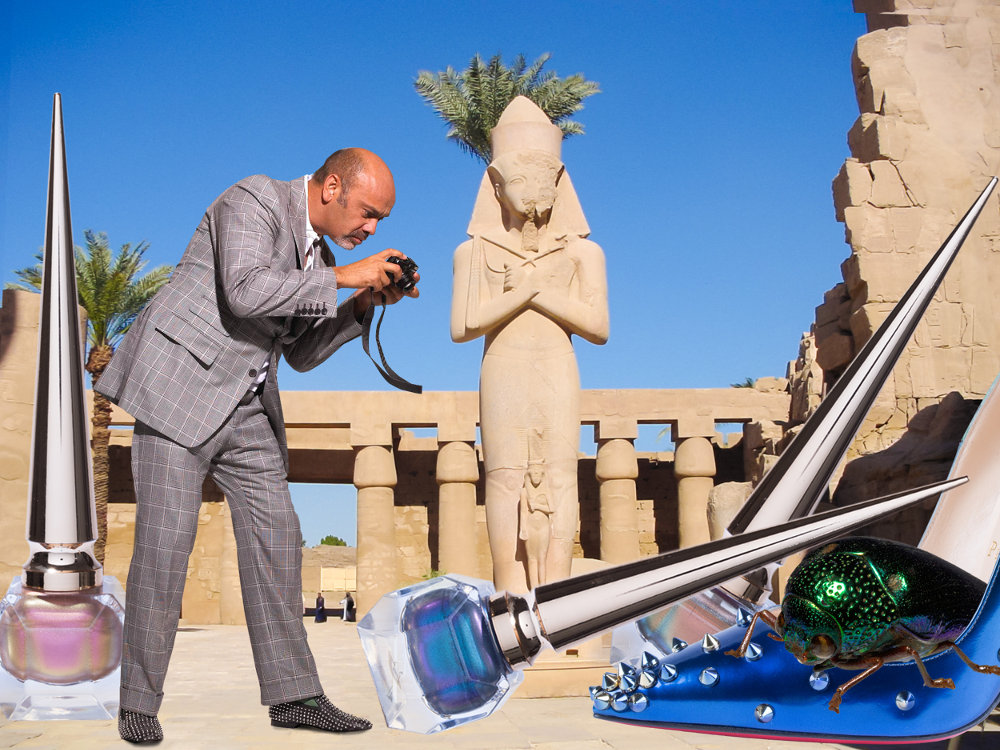 Between a traditional adobe house in Luxor and his dahabieh, a classical Egyptian sailboat on the Nile, Christian has claimed the country as a second home. The mythology and culture of Ancient Egypt have influenced the designer’s life and work in many ways, which led him to create not only the Scarabée nail colours, but also a complementary patent leather debuted in the Spring/Summer 2015 Collection — Scarabée Ocean-Amazone. A shiny blue-to-green degradé inspired by Scarabée II, the colourway can be seen on our iconic Pigalle clutch and new favorite, the Degraspike shoe. With so many ways to Scarabée, tips to toes, city sidewalks all over the world will be glowing with the spirit of Christian’s beloved Egypt. 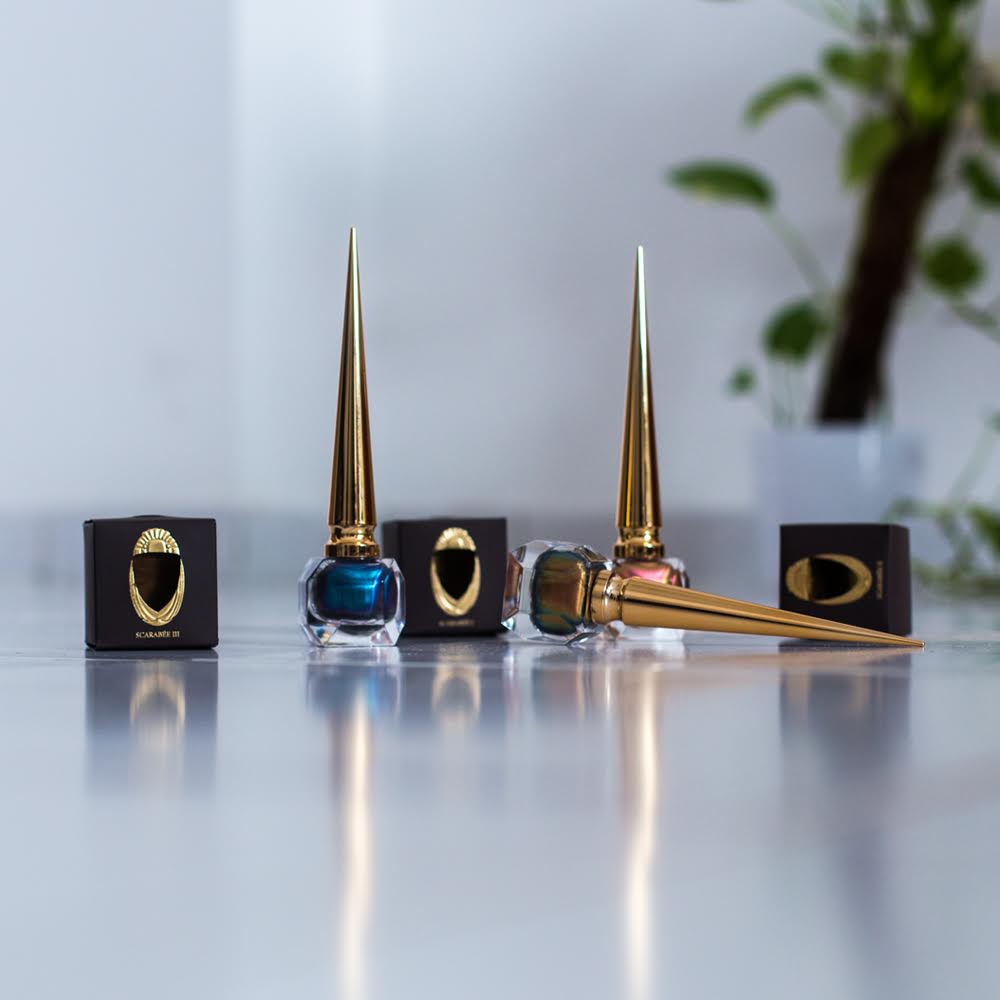