Last week in Florence, Italy, Christian Louboutin joined menswear’s most esteemed tastemakers as a first-time special project of Pitti Immagine Uomo’s 92nd edition. Bringing some Louboutin Homme attitude to the occasion, the historic Piazza Santa Maria Novella served as the backdrop for a high energy, full-day hardcourt Bike Polo tournament that brought together eight teams from around the globe in a fierce but friendly competition. 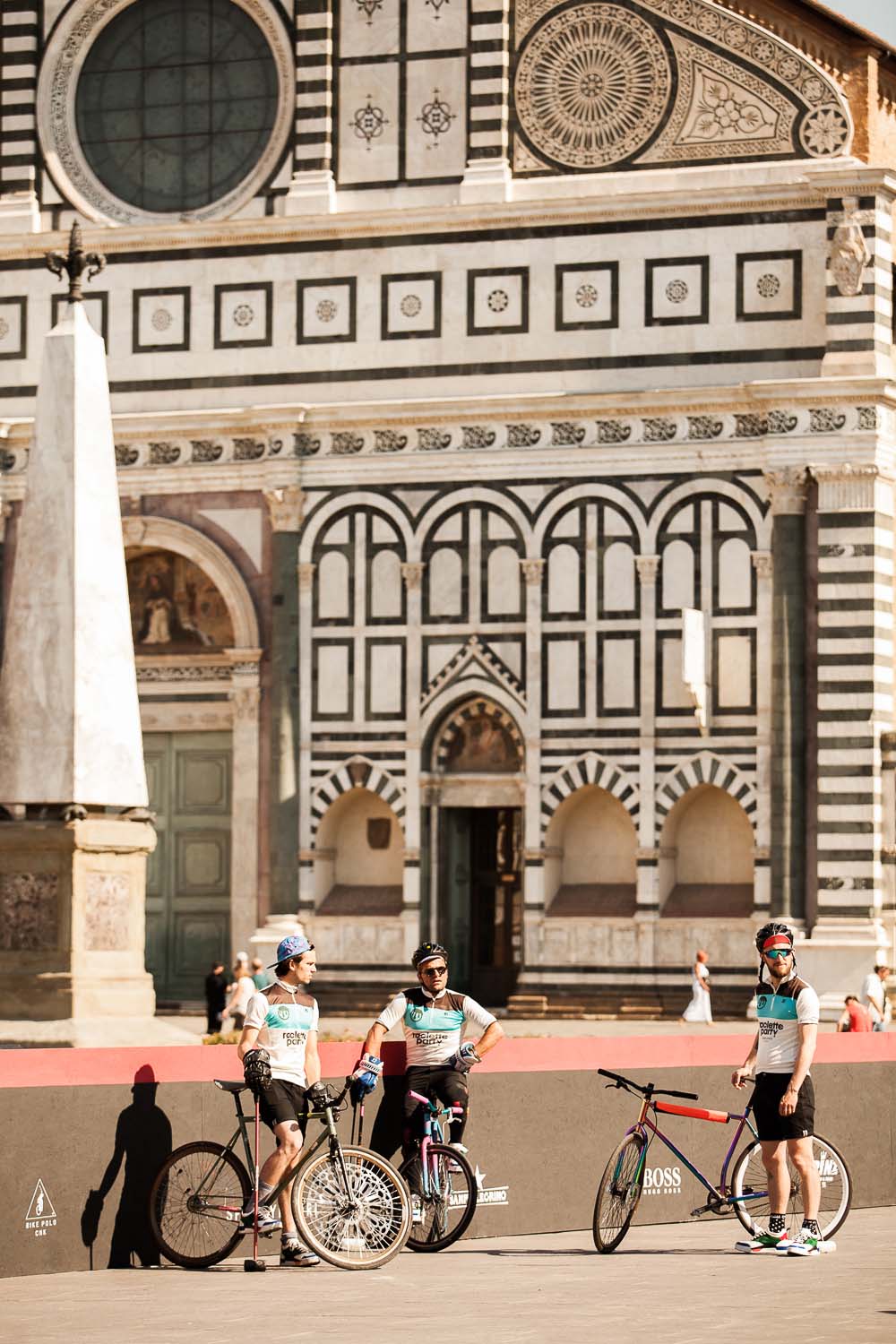 Raclette Party in the Piazza Santa Maria Novella For the tournament,

Christian Louboutin was joined by two Parisian teams, prior world champions Call Me Daddy and Raclette Party, as well as Germany’s The Mohawks, Ninja Five of Japan, Gnarcats representing the United States, Crouching Tigers from Hong Kong, Treee of Italy and Sky High from England. The designer’s admiration for athletes and athletic style is nothing new; last year, along with friend Henri Tai of SportyHenri.com, he created the Cuban Olympic Delegation’s Closing Ceremony outfits for the 2016 Rio Olympic Games.

In addition to their athleticism and grit, Bike Polo players are known for their customised gear on the court. With a uniquely personal point of view on uniforms, it only seemed fitting that the Bike Polo players don Christian Louboutin’s new AW17 style low-top sneaker Aurelien.

Each team of three wore a different colour Aurelien, customised in form by our Florentine factories solely for the sport and this occasion. Monochromatic colours graced six of the teams, with an iconic red, black and white material mix seen on Seattle team, Gnarcats – and Christian Louboutin himself!  With a complex construction that brings together fifty individual components in a single shoe, Aurelien is as unique to the world of footwear as Bike Polo is to team sports.

“For us players this was a great opportunity to showcase Bike Polo to a wider audience, and a rare chance to play in a central location in one of the major cities in the world. Usually our playing courts are hidden in the suburbs of industrial towns, not next to a landmark cathedral. Thanks to Christian Louboutin, we got a spectacular platform, we got the chance to meet teams we don’t usually play against, and we also emphasized the stylish aspect of Bike Polo, which has always been linked to urban culture, fashion and trends,” said Yorgo Tloupas, the captain of French team Raclette Party. 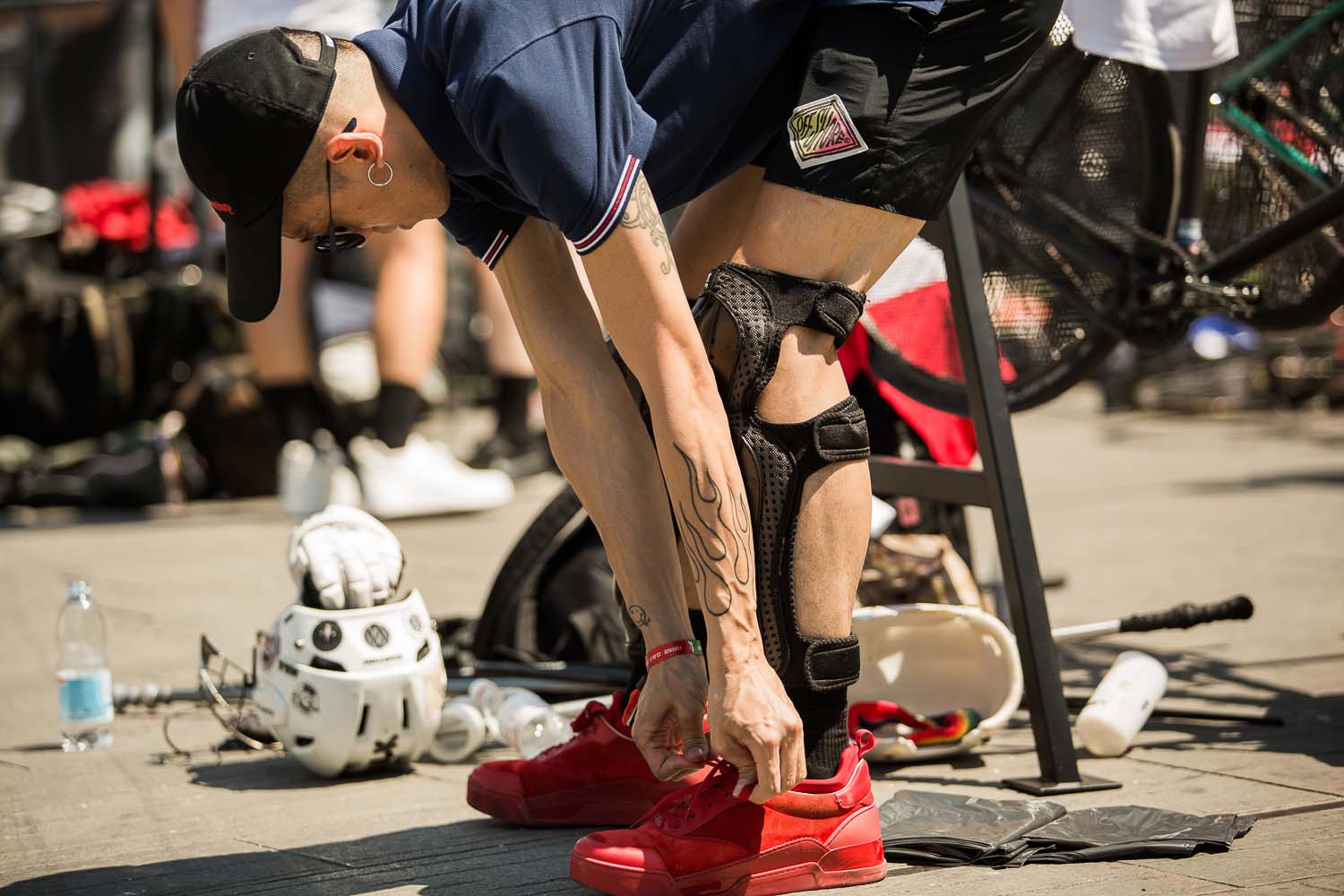 With the teams all laced up, the action packed day had just begun! 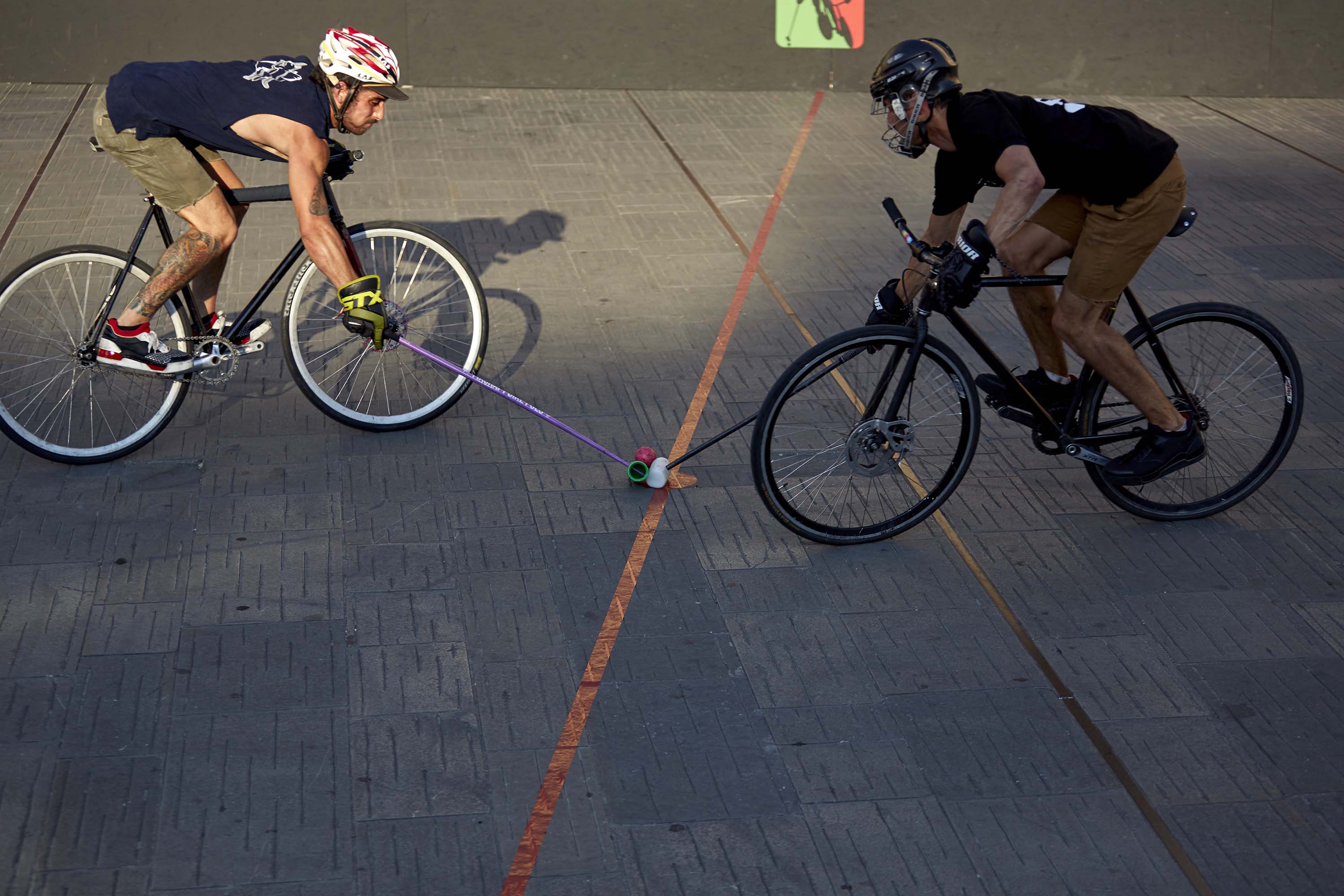 Game on, Gnarcats vs Call Me Daddy! 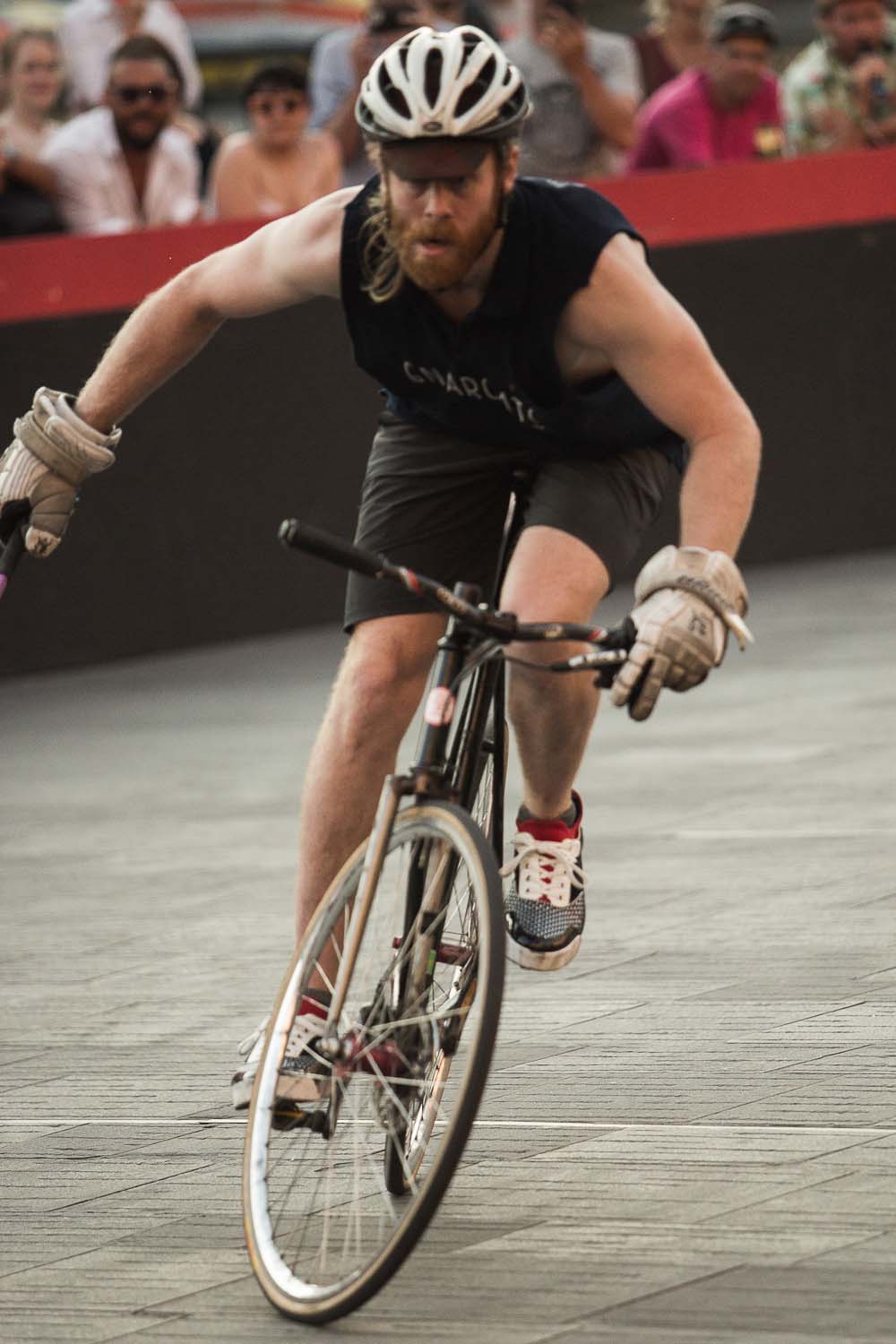 Under the Florentine sun, the games quickly get heated. Nick McLean of Seattle’s Gnarcats goes all in. 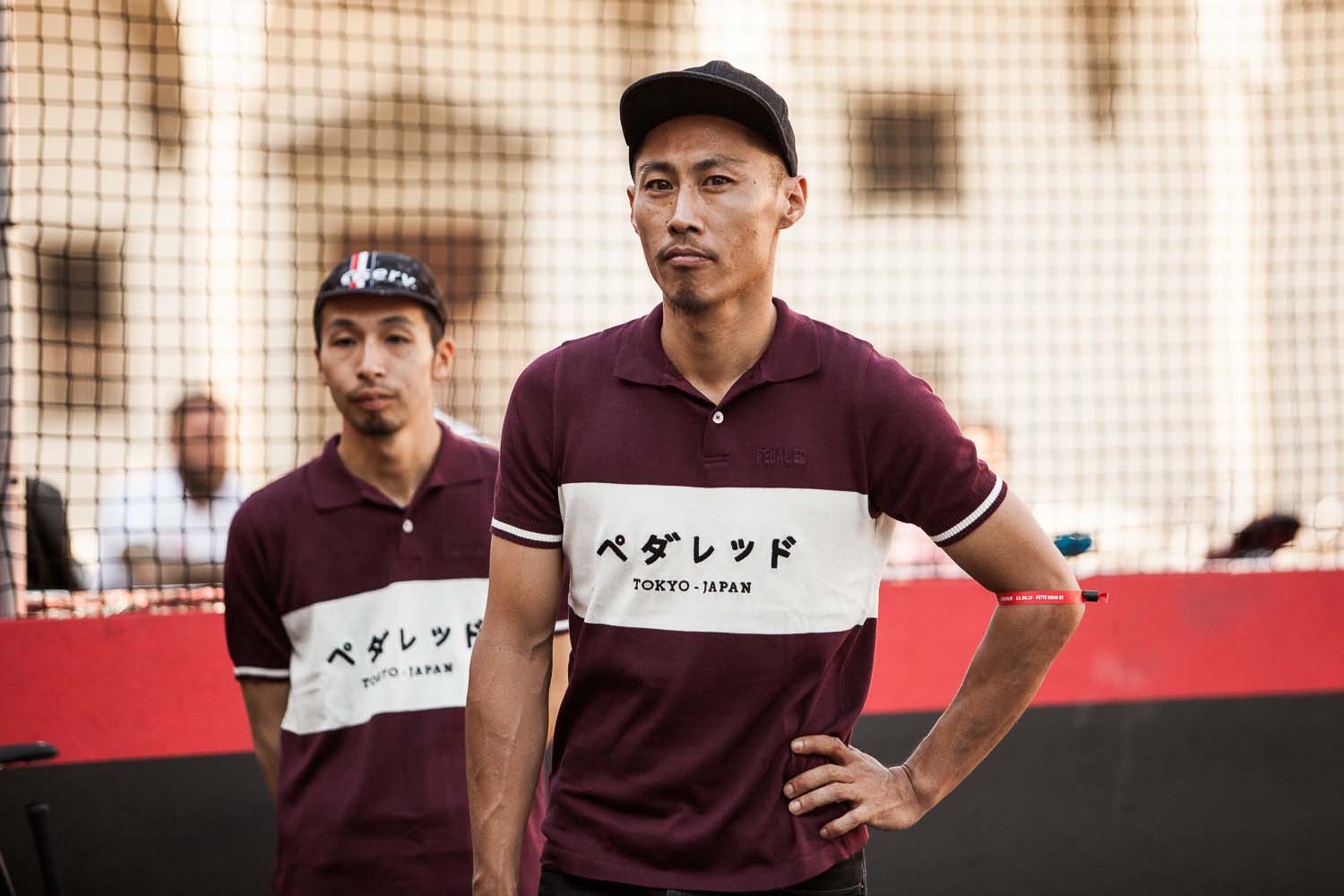 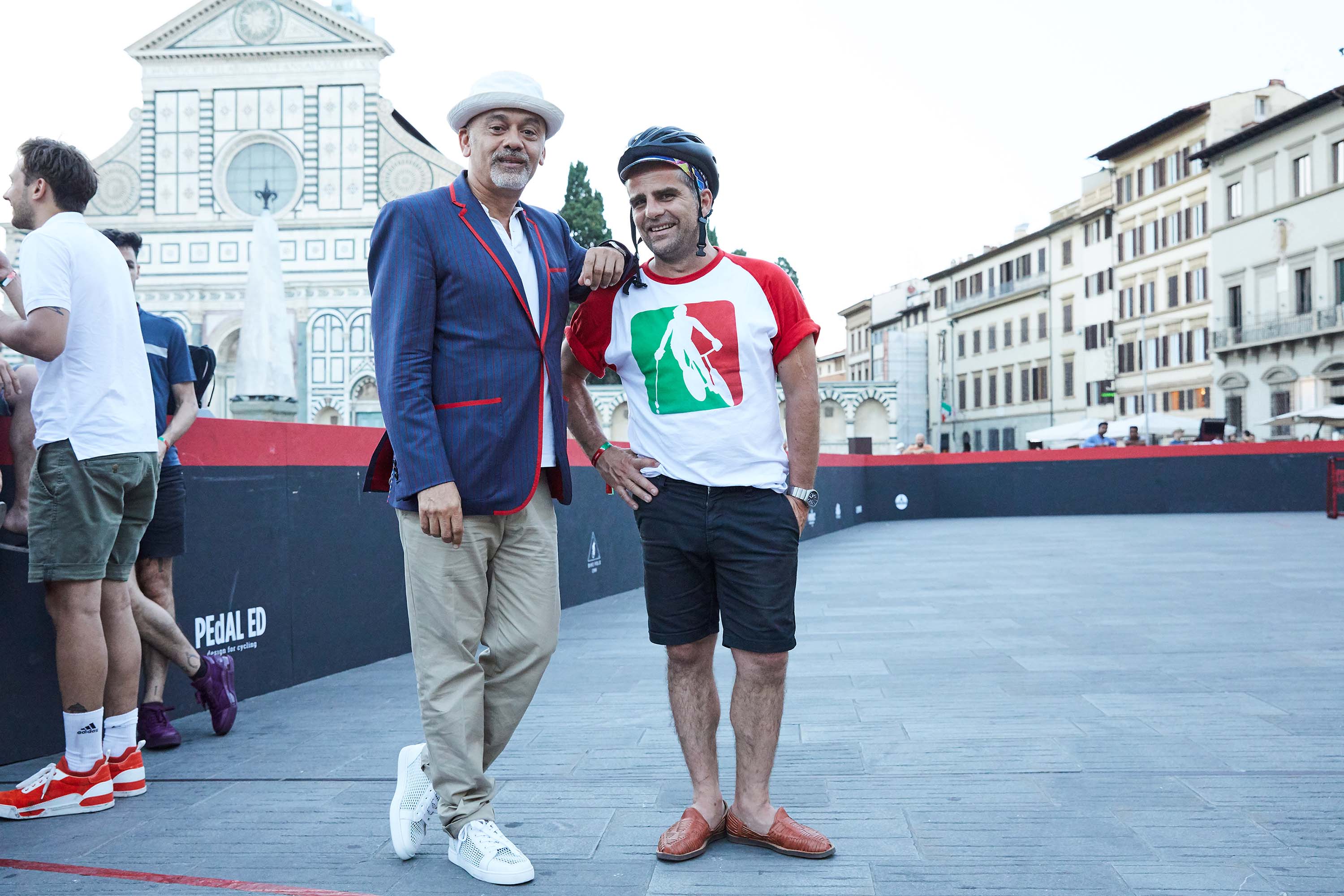 “I discovered Bike Polo through people in Paris, who are friends with our teams. I love that they are all so passionate. I greatly admire people that have the passion and discipline to make sport their life,” -Christian Louboutin. 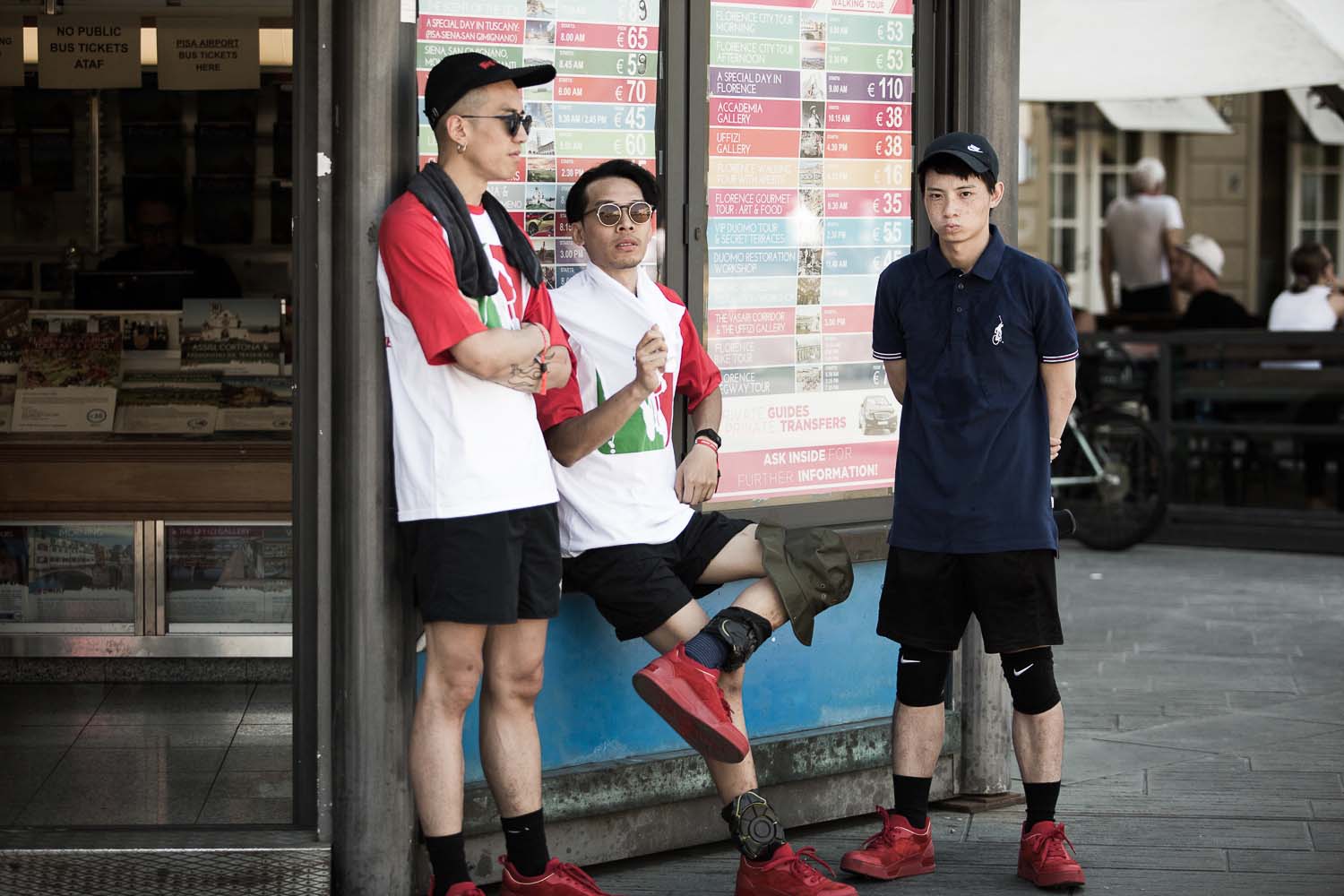 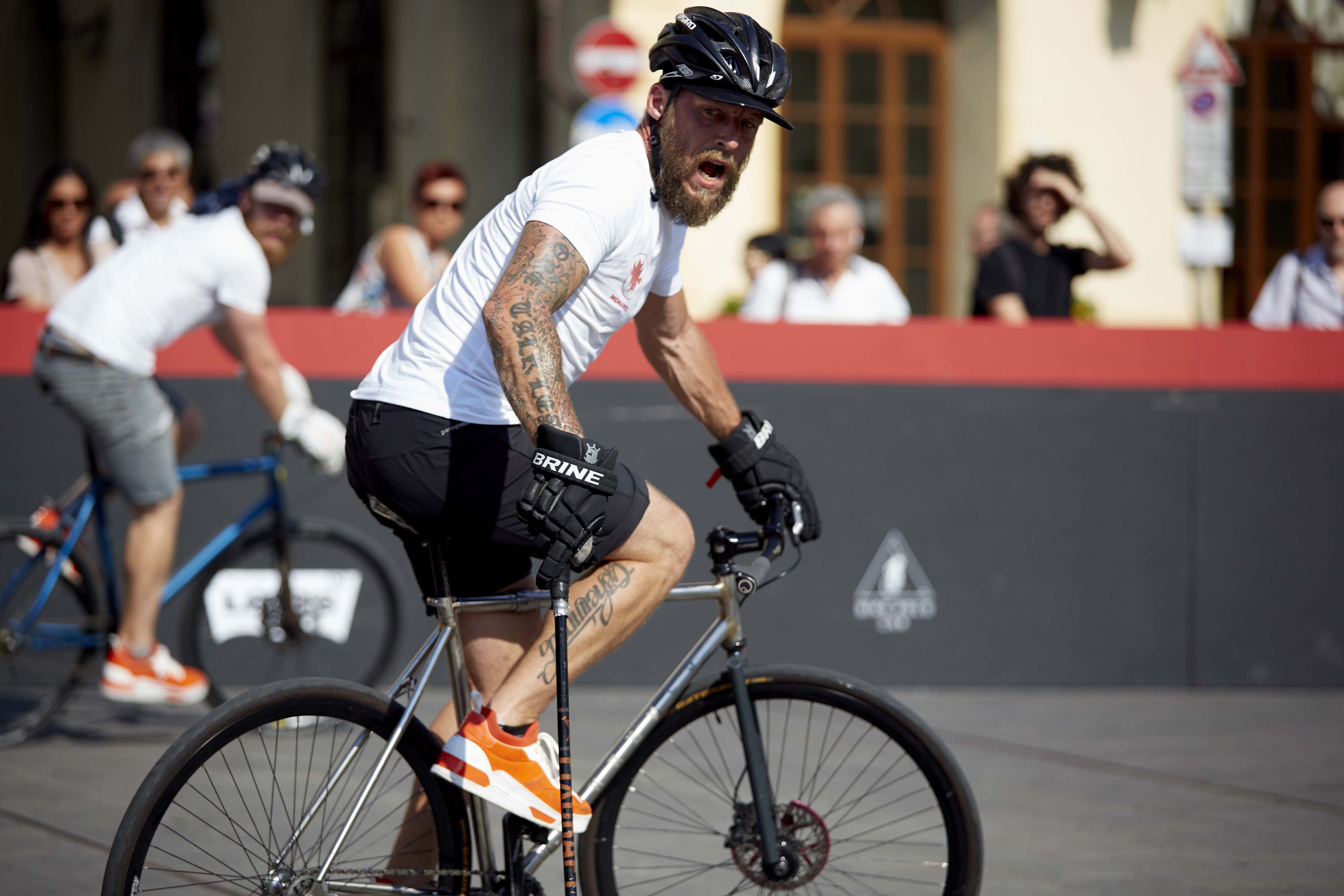 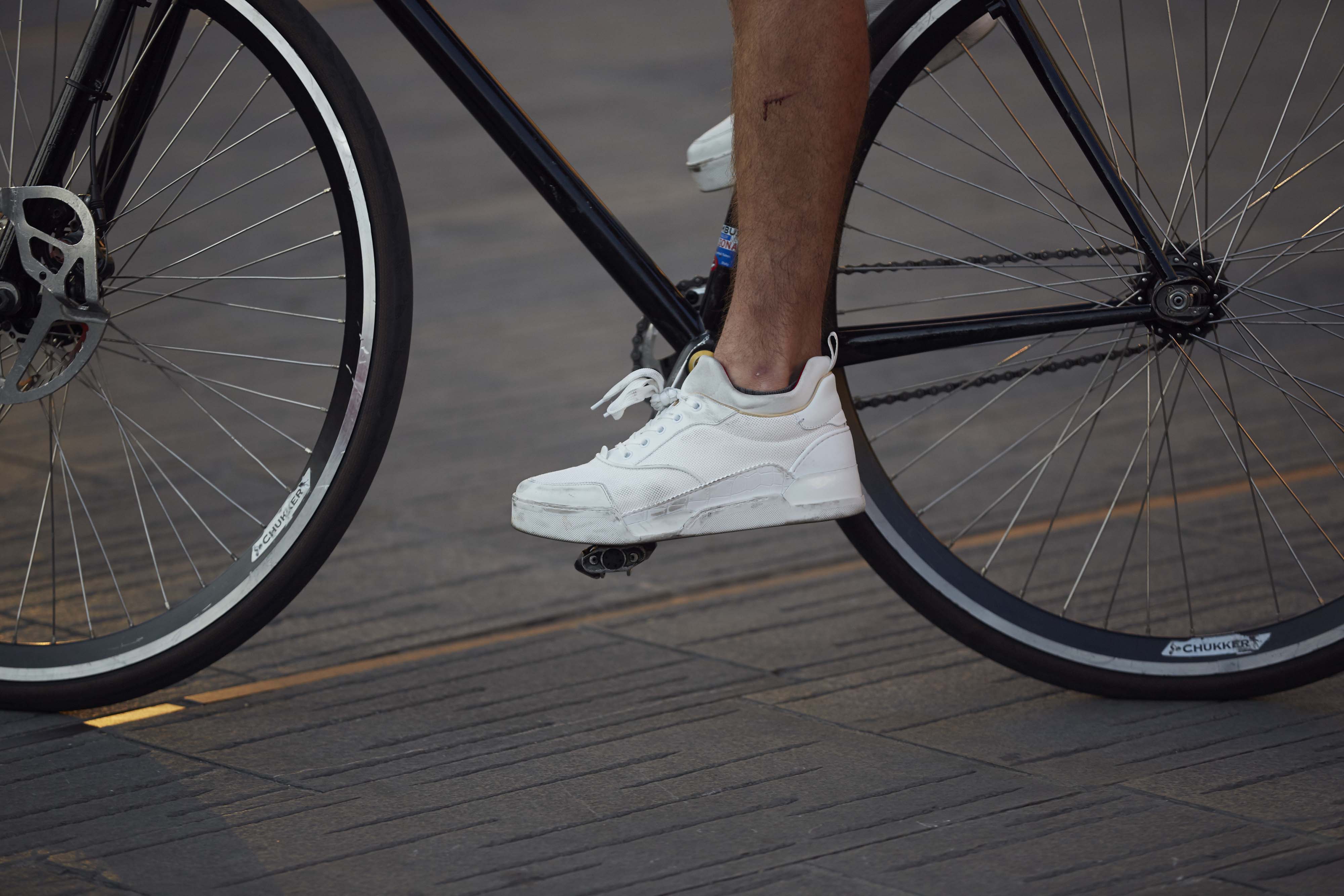 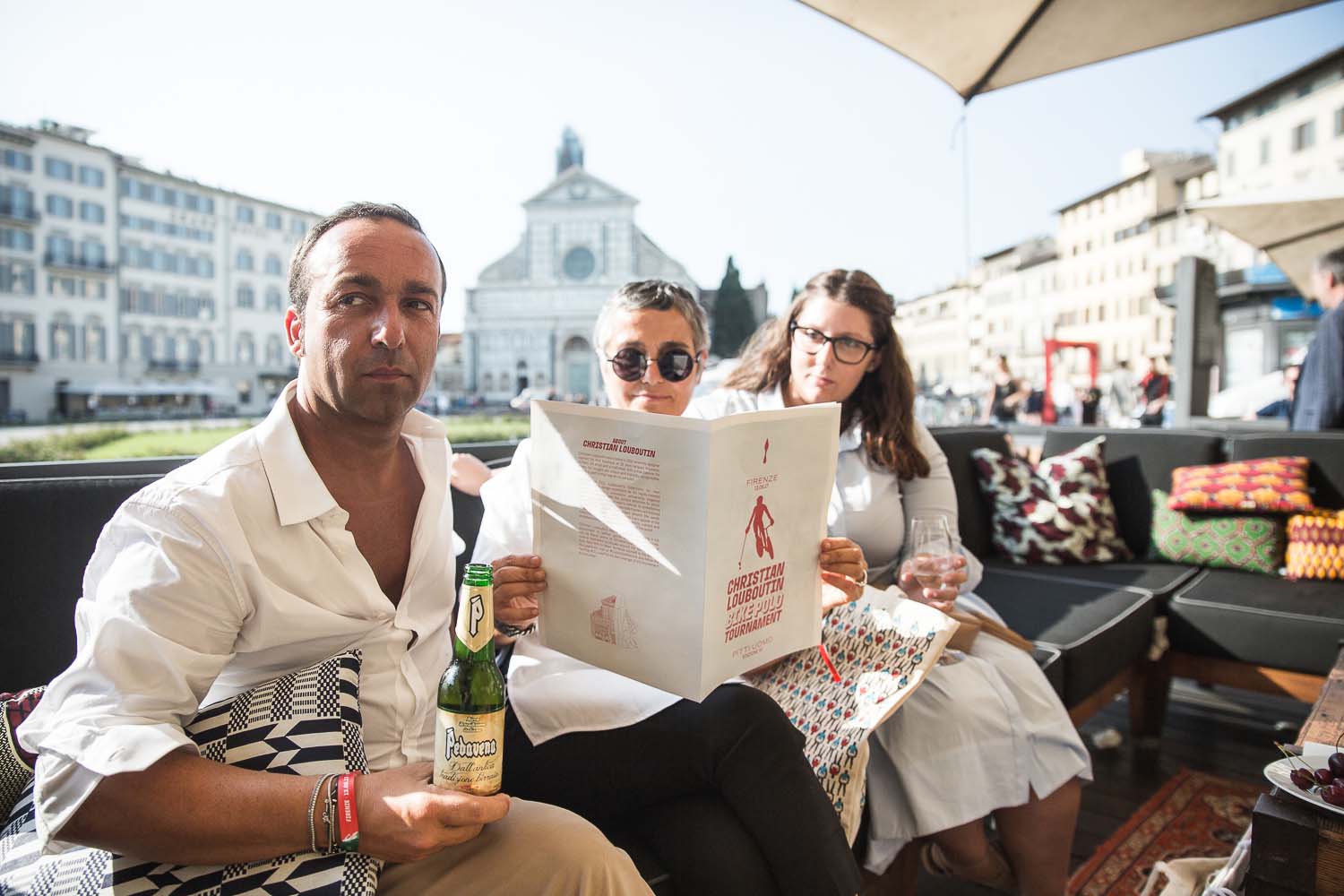 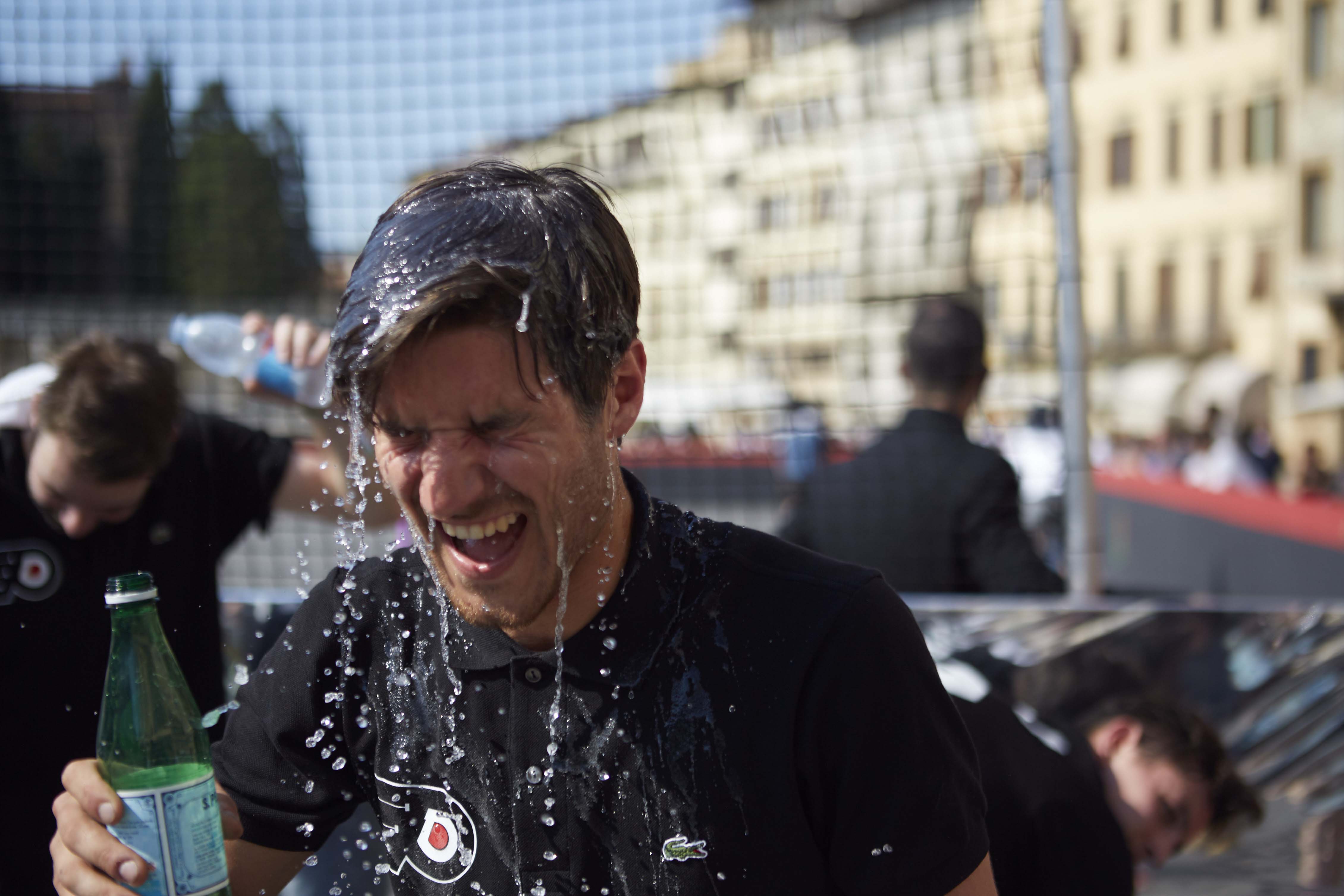 Did we mention it was hot? Luca Semeraro of Call Me Daddy takes a much needed water break! 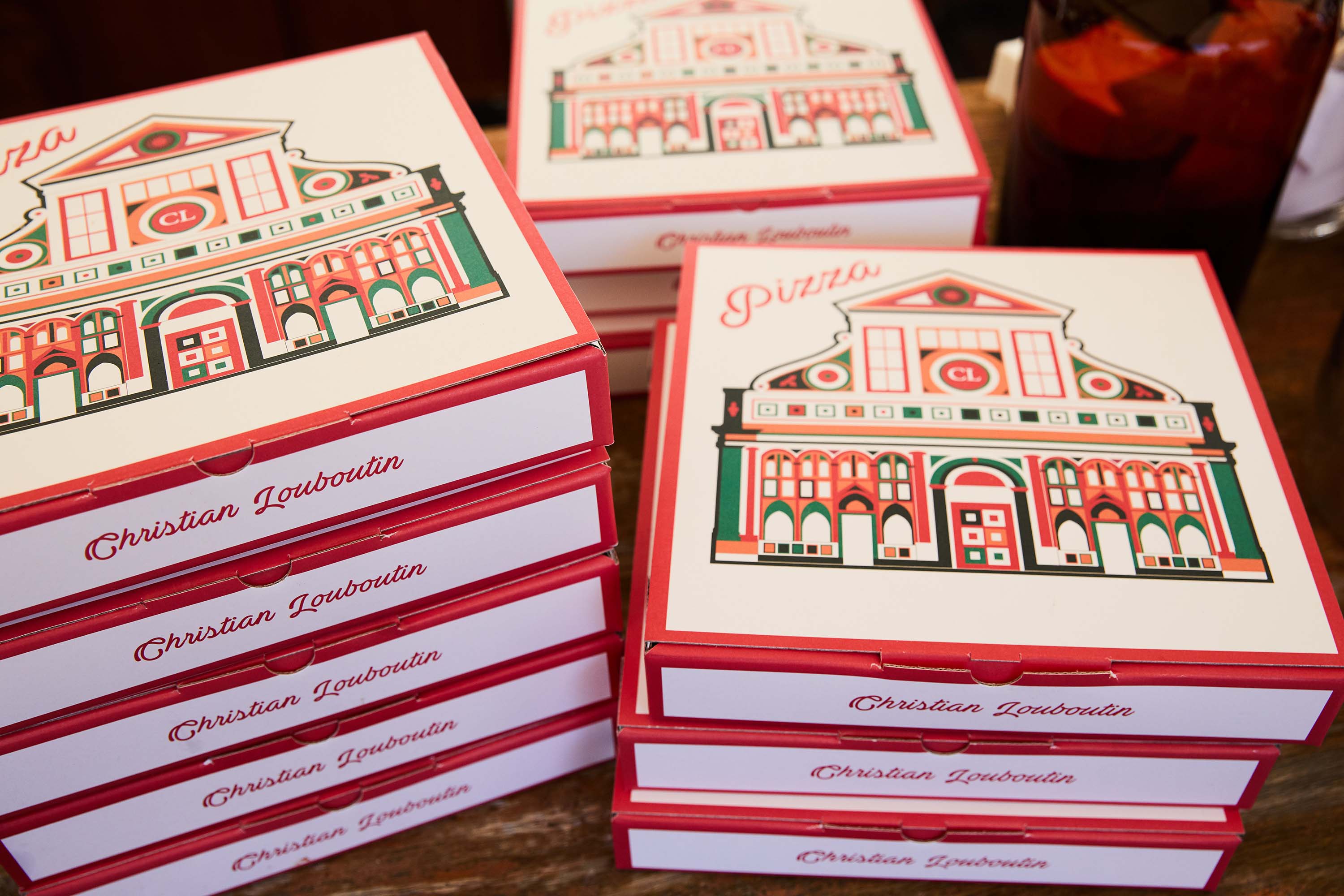 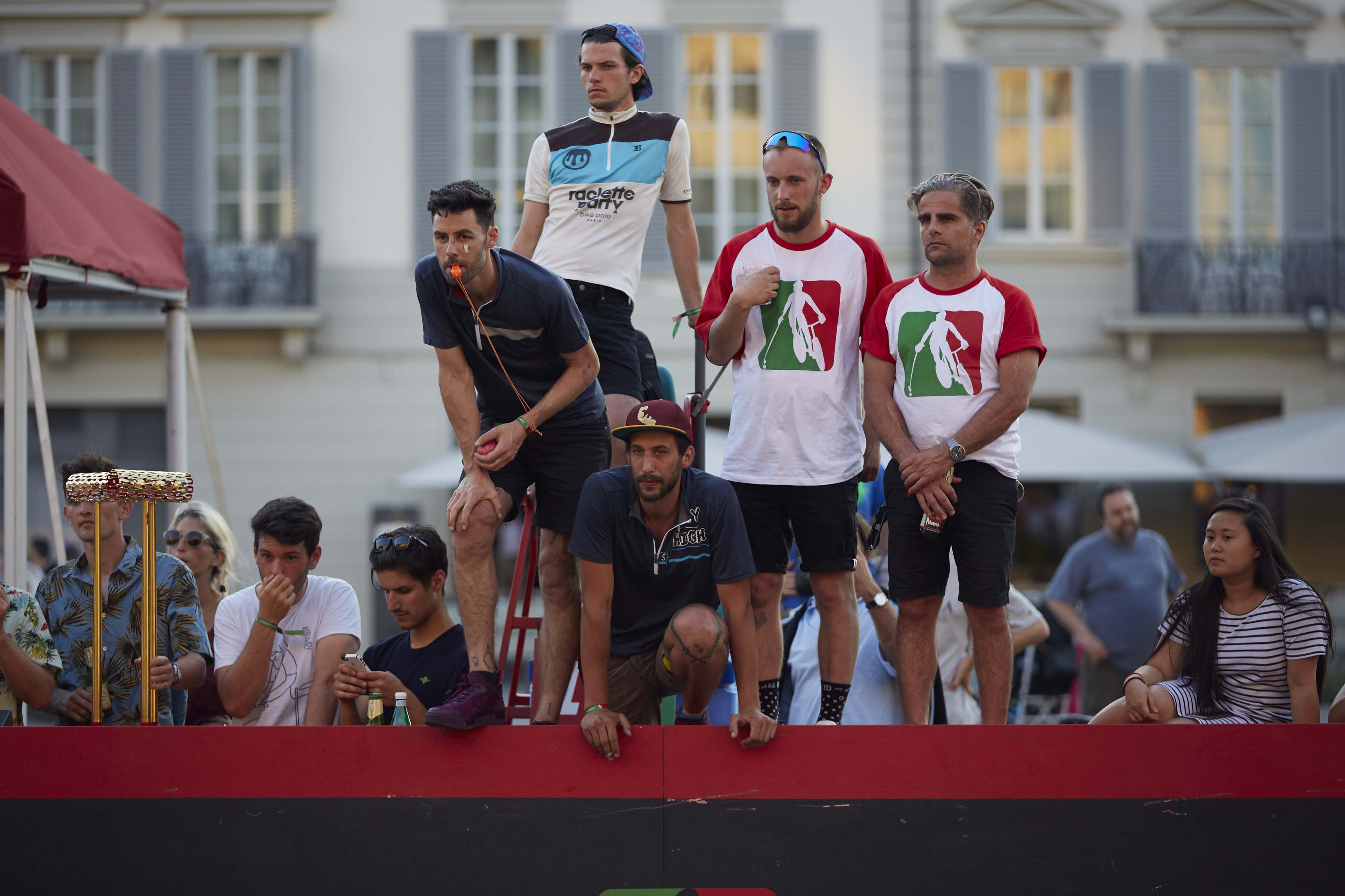 The heat was on as we moved into the semi-finals. (L-R: Fin Skillen of England’s Sky High plays referee, while Martin Pasquier, Alexandre Pommier and Yorgo Tloupas of Raclette Party look on) 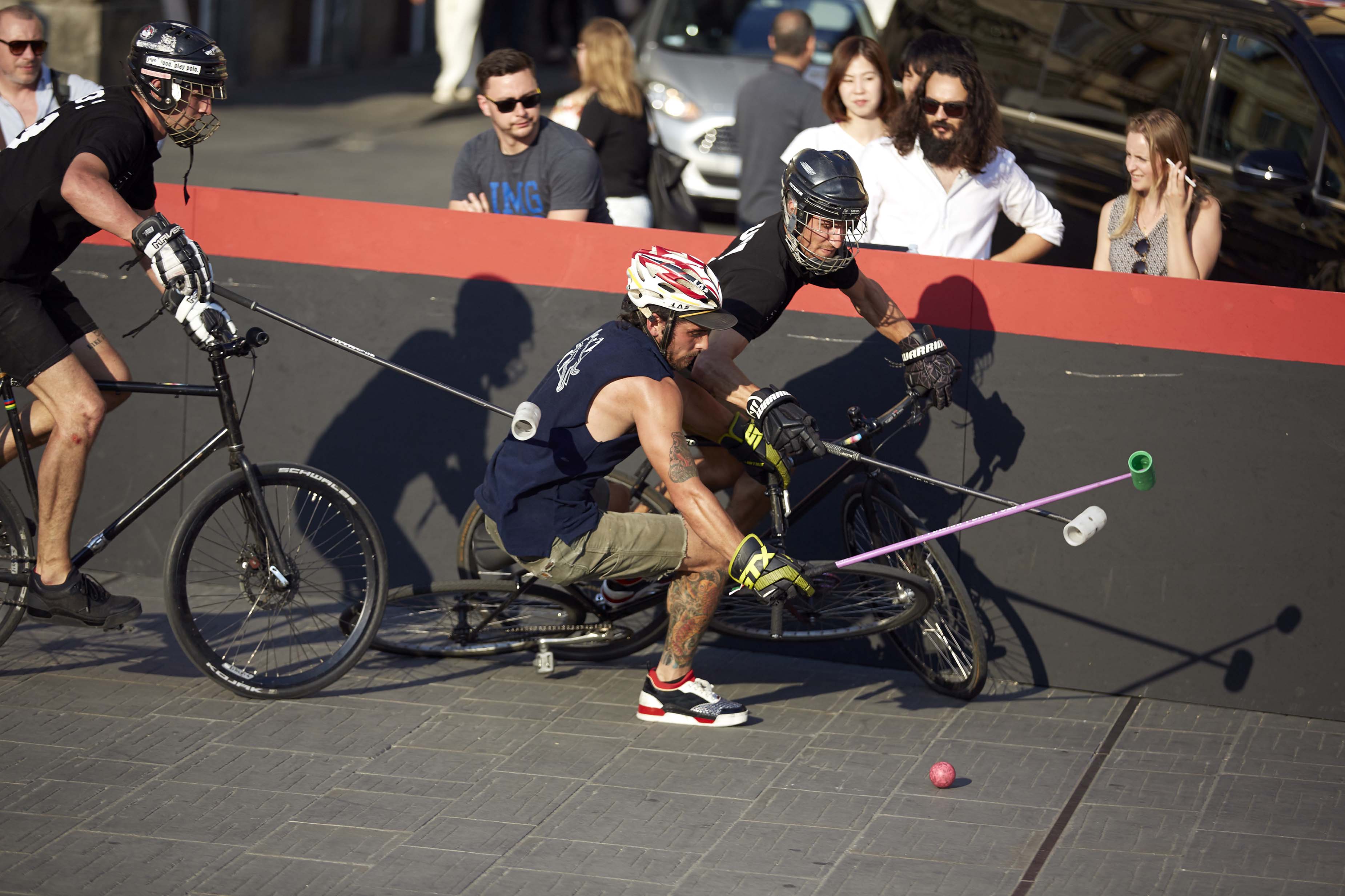 The stakes get even higher as the Gnarcats pull through with a surprise win over Call Me Daddy in the semi-finals. 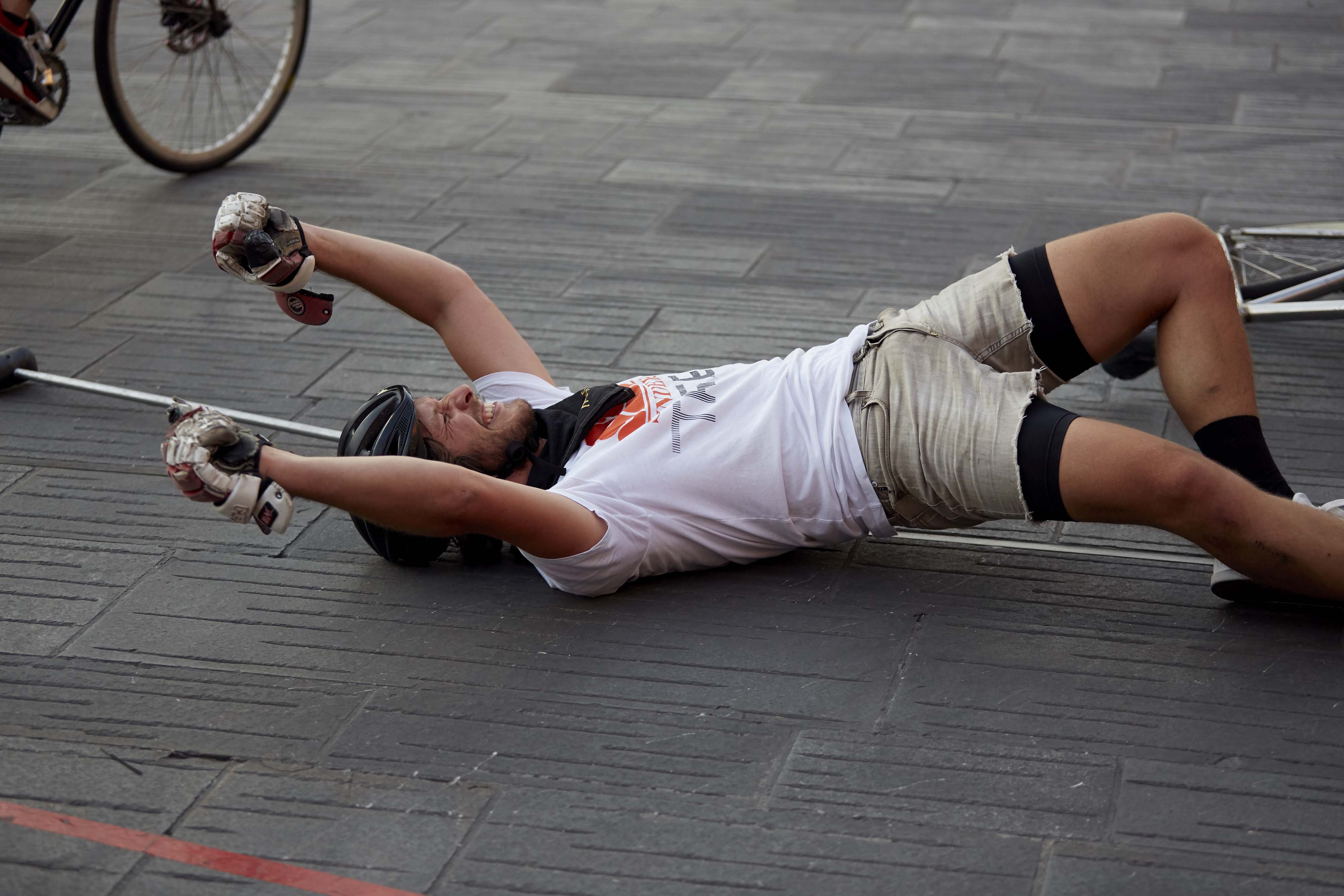 For the win! Italian team Treee takes the final, in a hard-fought match vs. the USA! 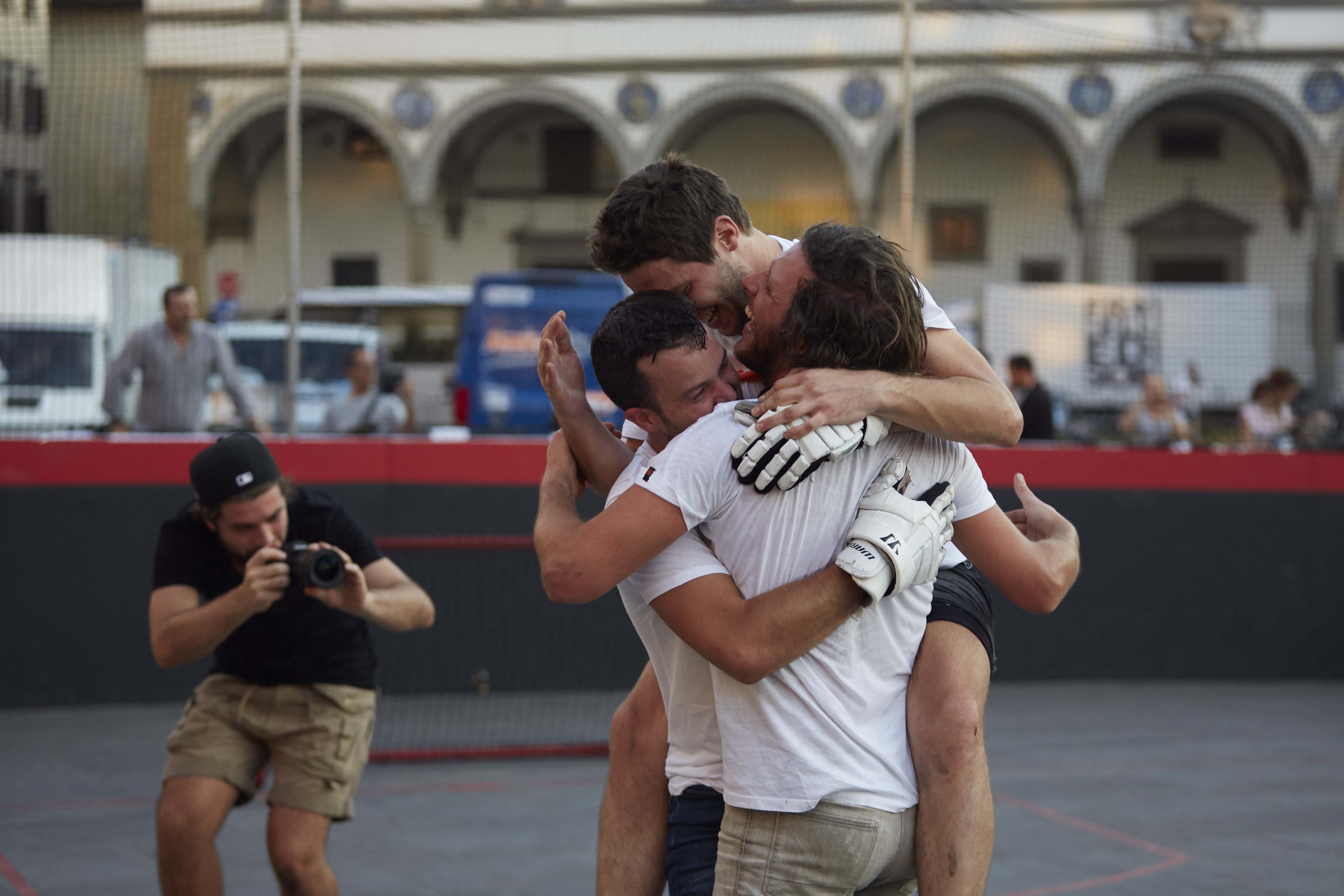 Team work! Enrico Pancera, Edoardo Oboe and Edoardo Noro of Treee were awarded a custom trophy as well a trip to the 2017 Hardcourt Bike Polo championships in Lexington, KY this fall! 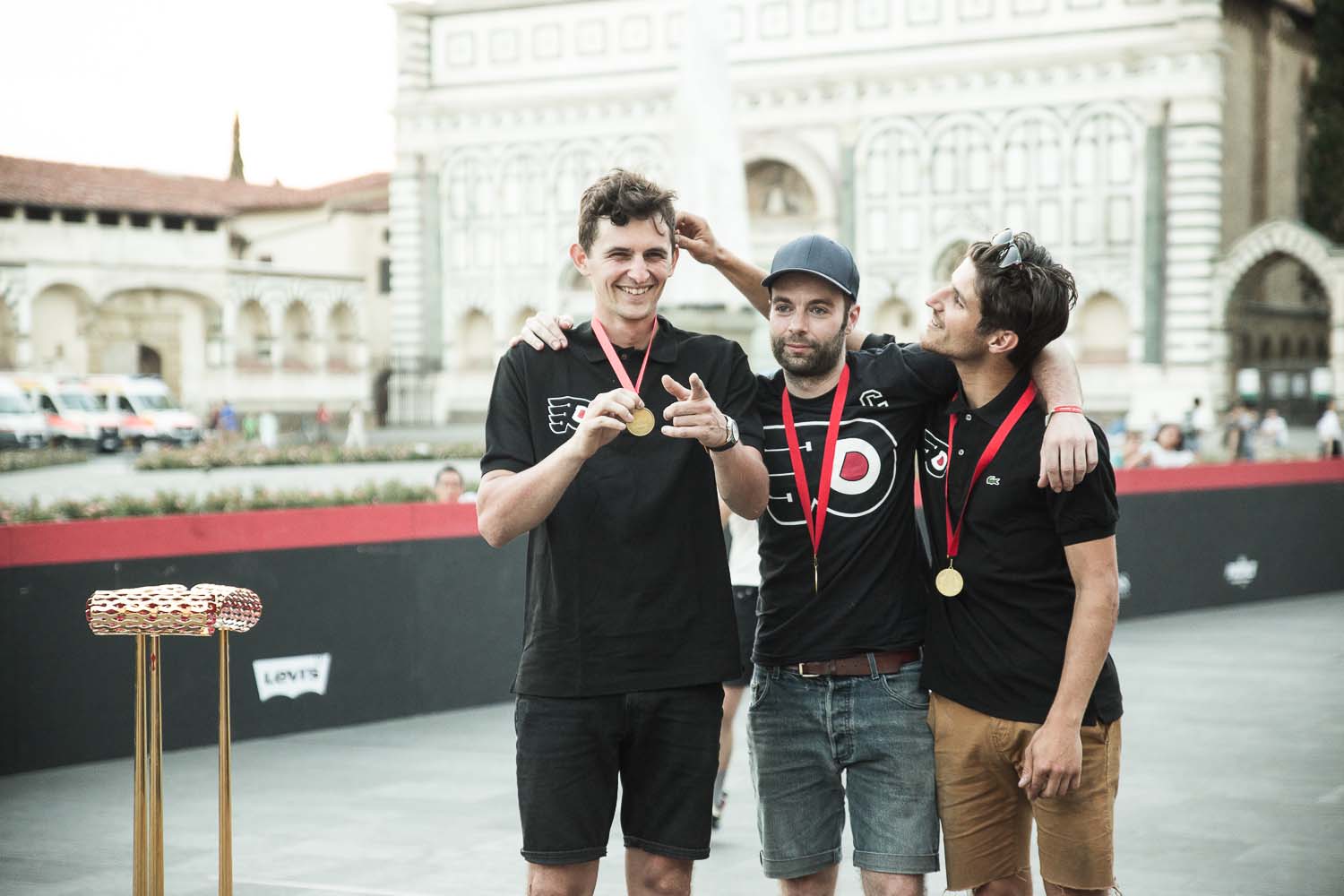 Congratulations to our runners up Gnarcats and Call Me Daddy (above, L-R: Paul Vergnaud, Lefty Will and Luca Semeraro) 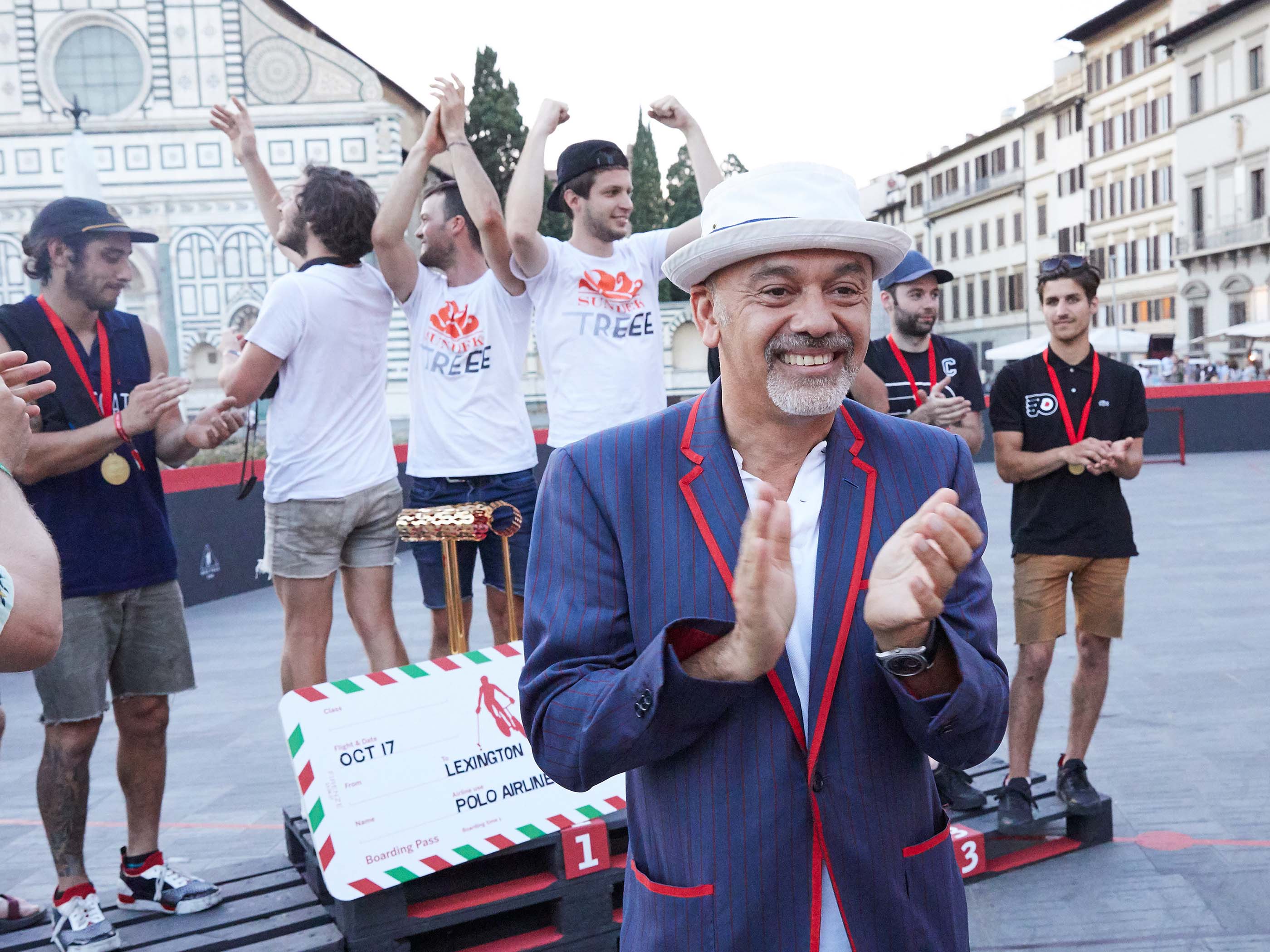 Aurelien is available now in Christian Louboutin boutiques and online.

See more action from the games on @LouboutinHomme.