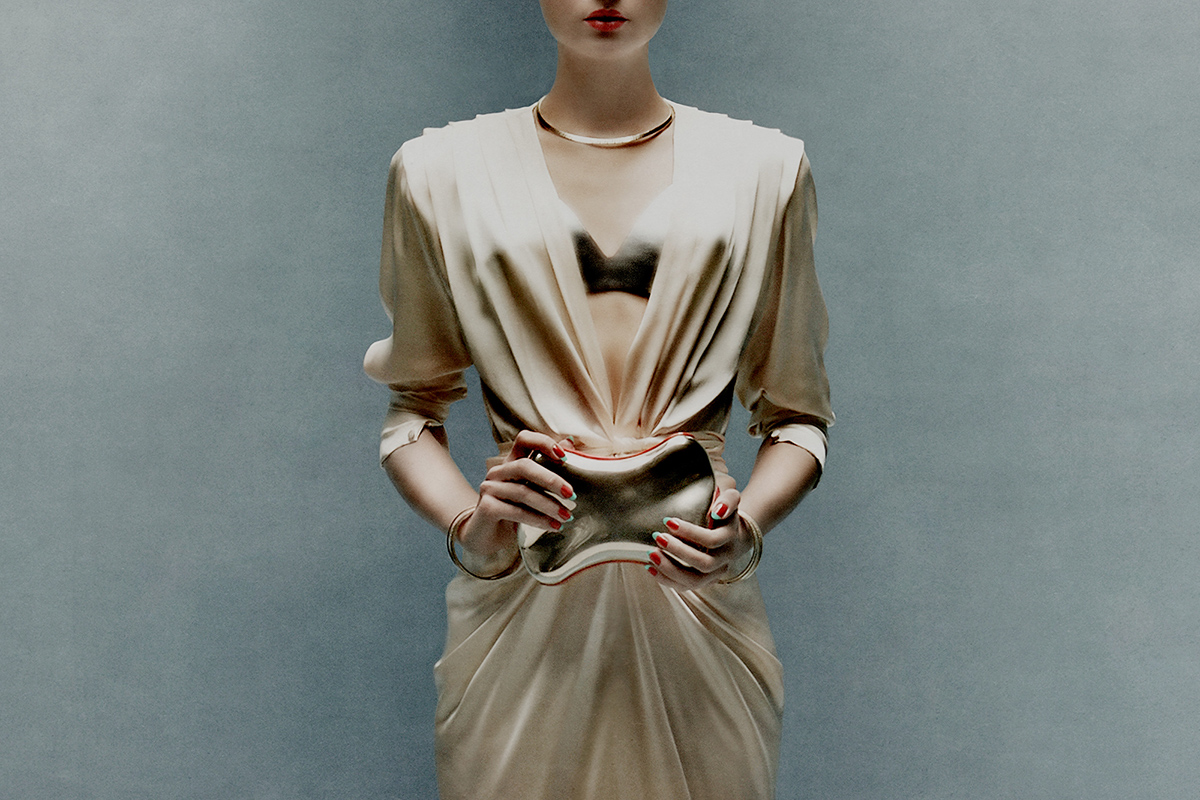 Christian Louboutin’s Spring/Summer 2017 collection marks the auspicious debut of one of the designer’s most visually captivating works to date, the ShoePeaks clutch.  Born under the influence of Christian’s fetishistic 2007 collaboration with visionary David Lynch, ShoePeaks takes its name from Lynch’s 90’s cult TV series “Twin Peaks.” Brimming with a duality not unlike the double life led by the show’s starlet Laura Palmer, the minaudière melds two iconic So Kate shoes into one seamless objet d’art that is both an extraordinary, surrealistic sculpture and a functional  clutch. Available in two finishes, Black in lacquered metal and Gold in polished metal, ShoePeaks also features two of Christian Louboutin’s iconic red soles along the curved body of the bag. With an unprecedented attention to line and architecture, ShoePeaks pays homage to the designer’s obsession with creating sculptural shoes. 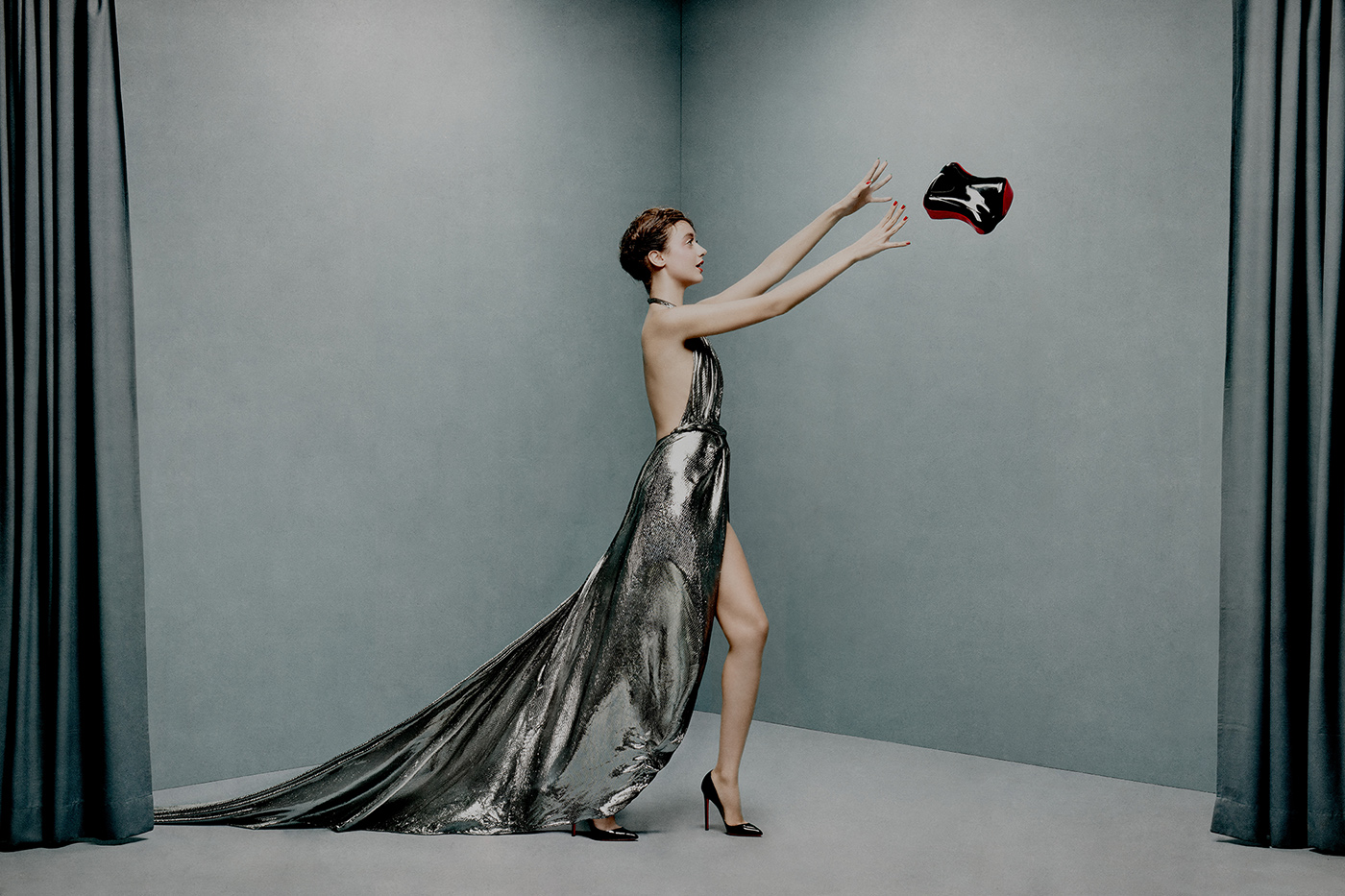 Interlacing the worlds of surrealistic objects and architecture, ShoePeaks attracts with both sensual intrigue and mysterious beauty, like the classic Louboutin styles it is created from. Conceived at his Paris atelier, the clutch was originally carved from wood, utilizing the last of the So Kate stiletto, thus duplicating the same artisanal process used by Louboutin for his shoe creations. Once this initial prototype was created, it was taken to Italy and rendered into a hand-sculpted mold at the designer's factory, and reworked tirelessly until the seamless form  took shape. 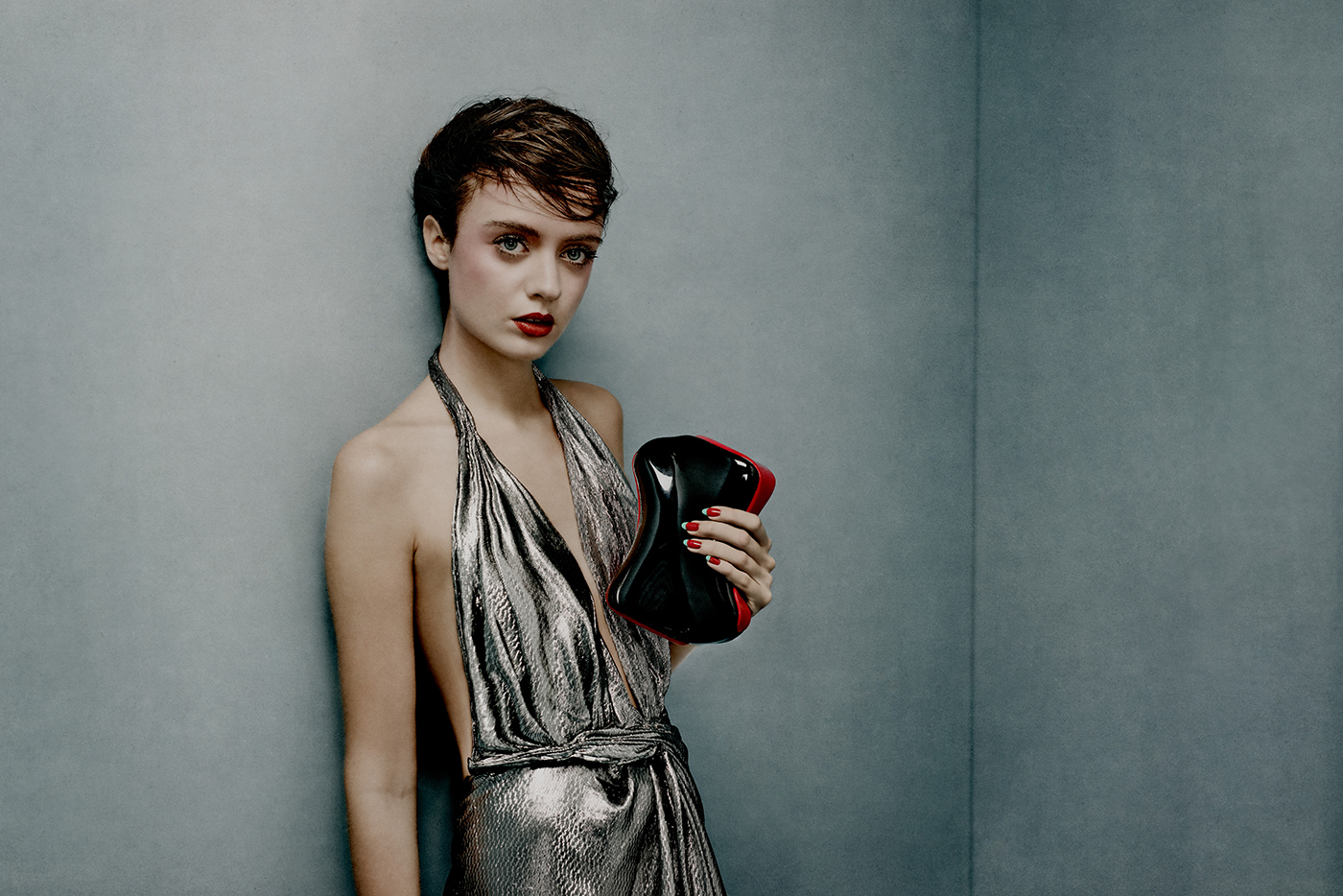 In order to create a sculptural object that could be carried with the ease of a handbag, ShoePeaks' mold was fabricated from lightweight yet formidable aluminum. After the initial mold is created, the piece is then polished and a lacquer or metal finish is applied to accentuate the smooth, patent-like surface of the clutch - the result a high-shine surface which creates distorted reflections. After the finish is applied, red soles embossed with the Louboutin logo are then affixed onto two sides of the clutch, a gesture that obscures the boundary between shoe and handbag 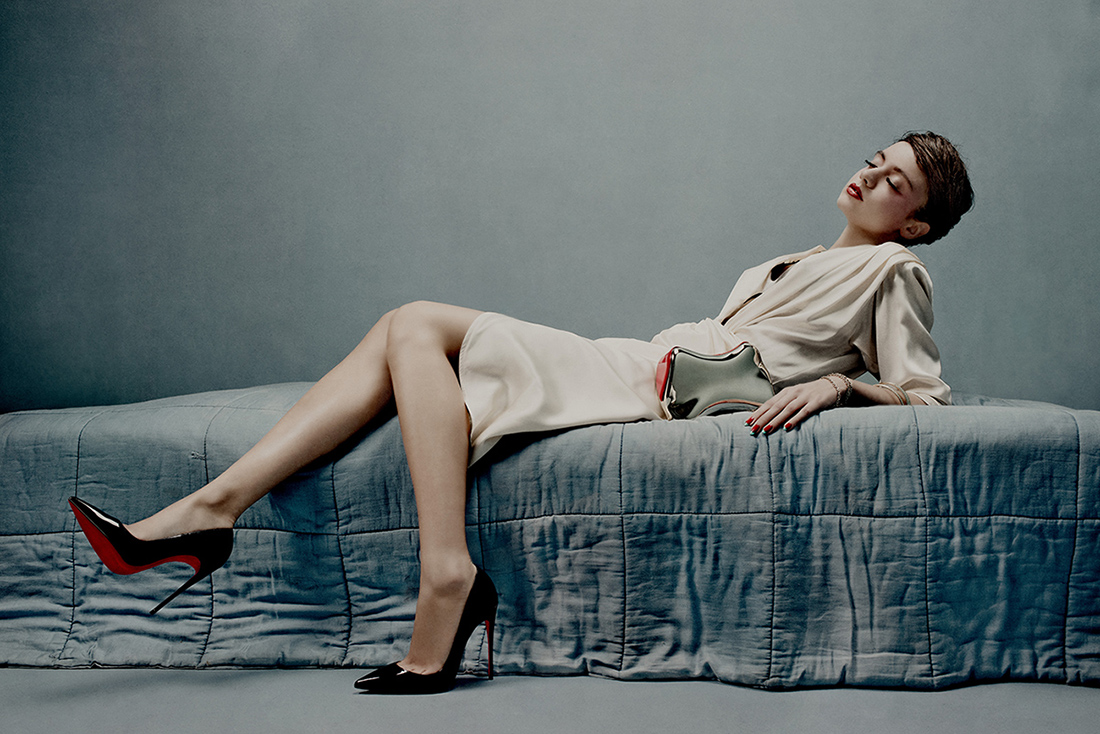 The trompe l’oeil effect doesn’t cease with the exterior of the clutch; inside, the intrigue continues with the same playful disorder of extraordinary surrealist objects.  Encased fully in supple lambskin, the interior of the clutch mimics that of a Christian Louboutin shoe, donning the same shade of nude, complete with an embossed gold logo. This enigmatic piece is finished by a discreet clasp on the back of the clutch and an understated, removable chain that can be worn both over the shoulder and across the body.

The otherworldly allure of ShoePeaks is crystallised in a shoot by Berlin-based photographers Billy & Hells. In both a curiously magical short film and a series of moody and seductive images, the ambiguity and appeal of the object seduce the viewer.

Discover ShoePeaks in Christian Louboutin boutiques around the world and online at ChristianLouboutin.com.