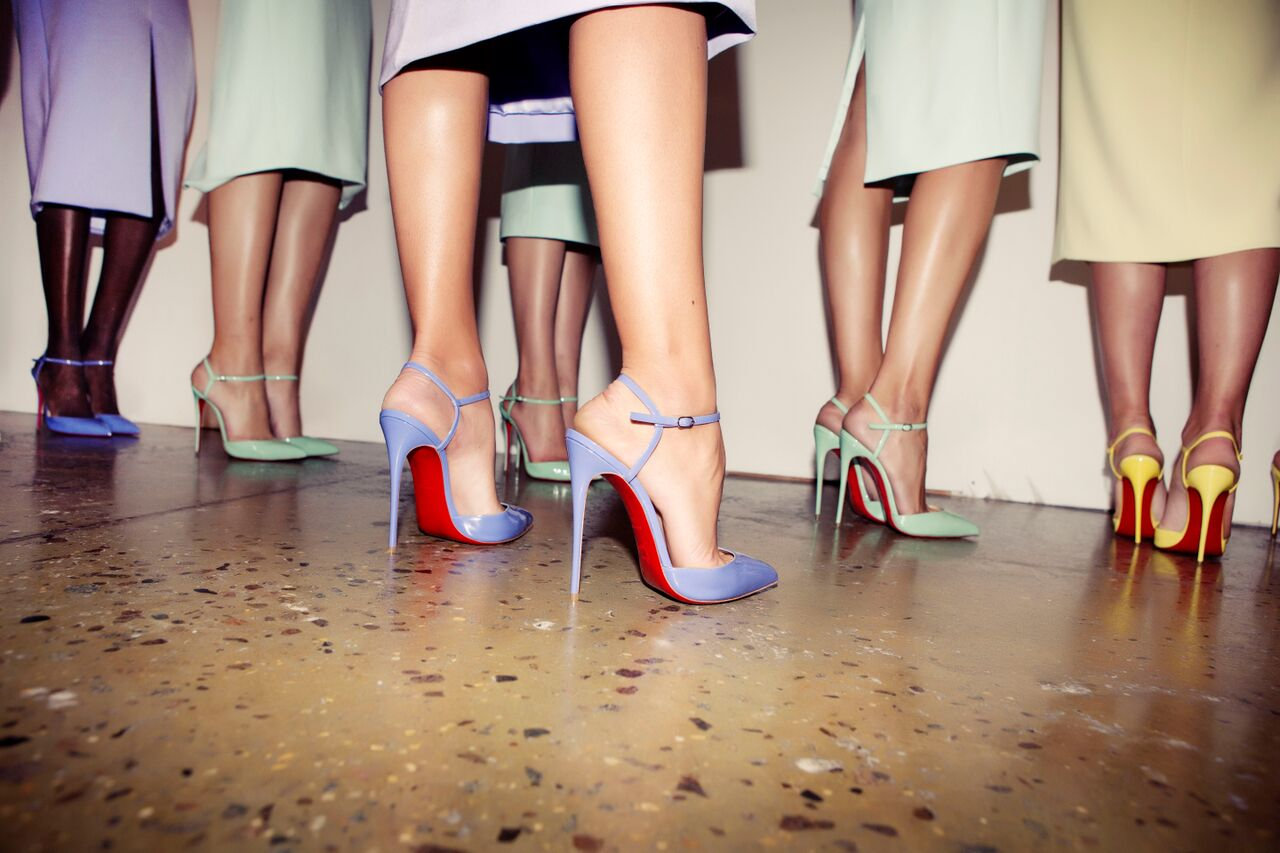 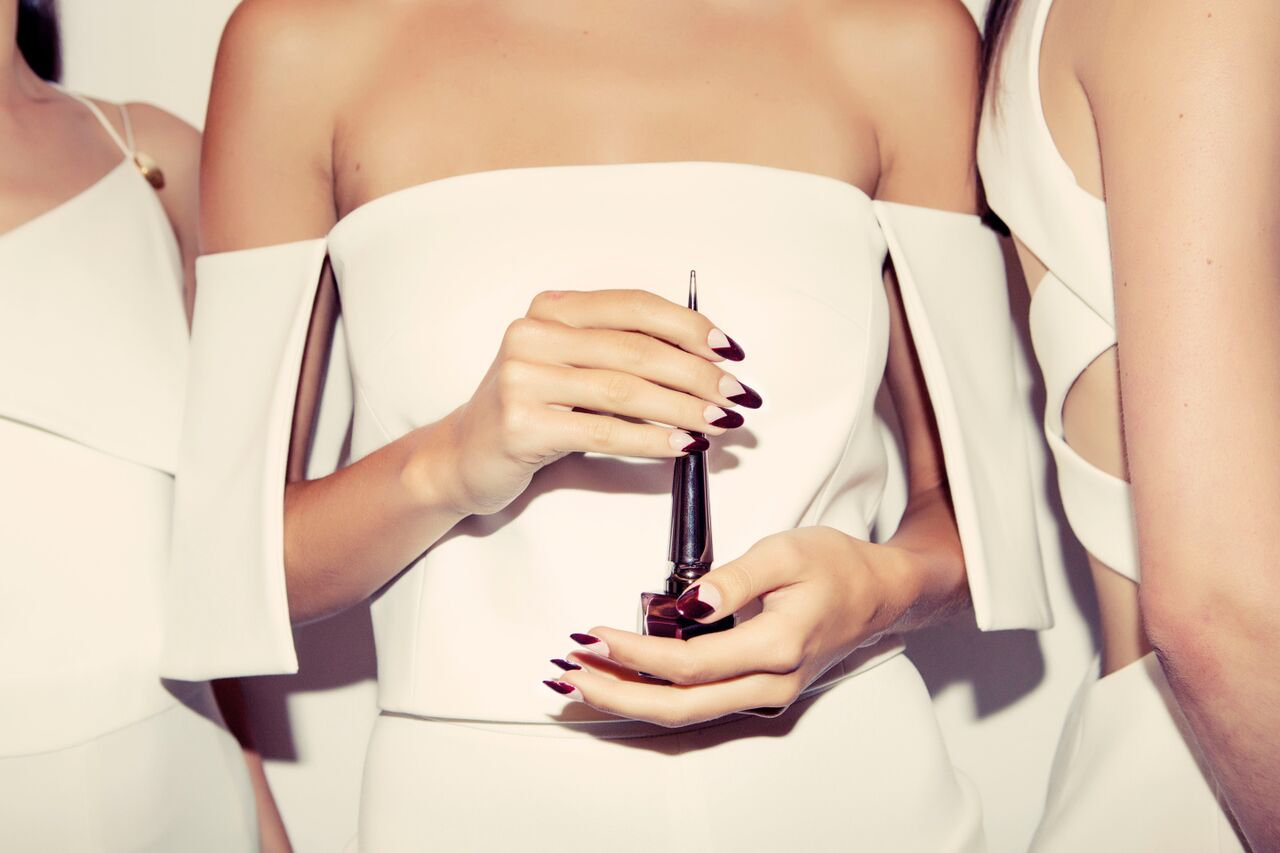 A day later, Australian designer Dion Lee presented his second collection in New York, taking inspiration from concepts “Raw,” “Earth,” “Primal” and “Skin.” A masterful technician with fabric, Lee’s collection was uninhibited at its core, emoting a soft sensuality, radiating energy and magnetic movement. Tactile pieces constructed with perforation, slicing, loops and fringe were all complemented by a strappy satin nude Gwynitta in two heel heights, as well as the fringed black Casonovella seen in the current collecion. 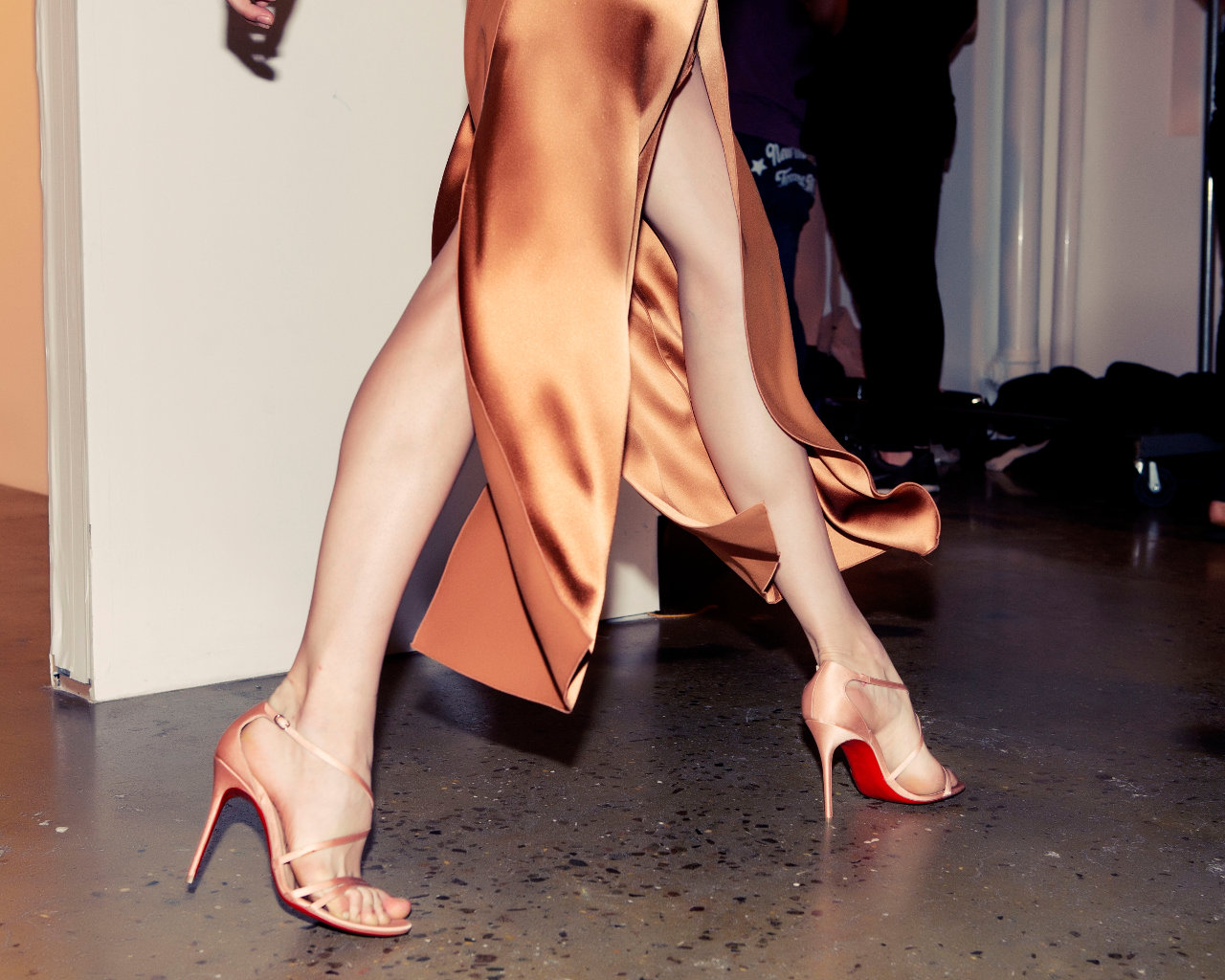 A connoisseur of the cocktail dress, designer Jenny Packham had a change of heart this season with a collection that summoned the powers of masculine pop icons Mick Jagger, David Bowie and Nick Cave. For a collection that infused the best of glitzy glam rock with evening attire, a custom made mule with a feminine peep-toe and delicate yet edgy gold chain detailing was created. The style walked the runway in gold, black and a peachy nude nappa leather. 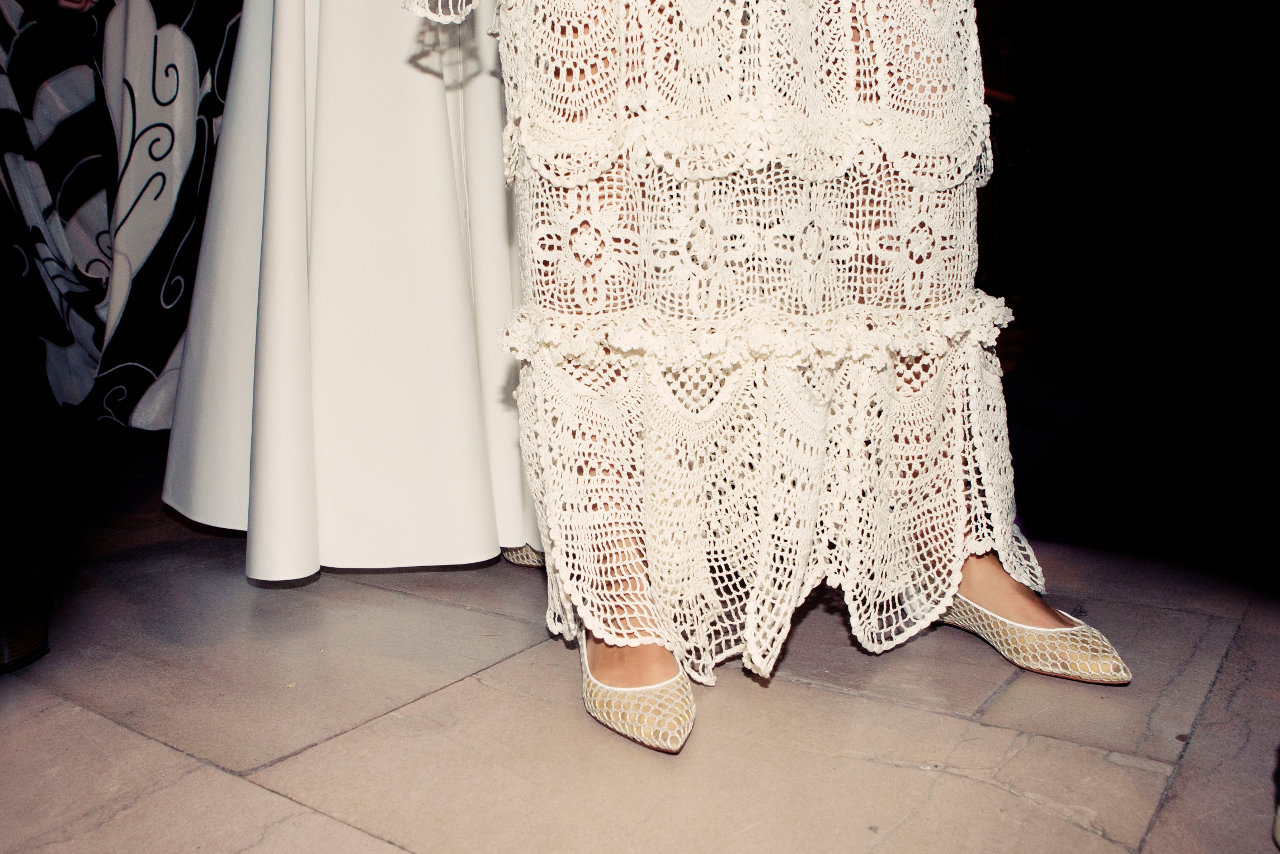 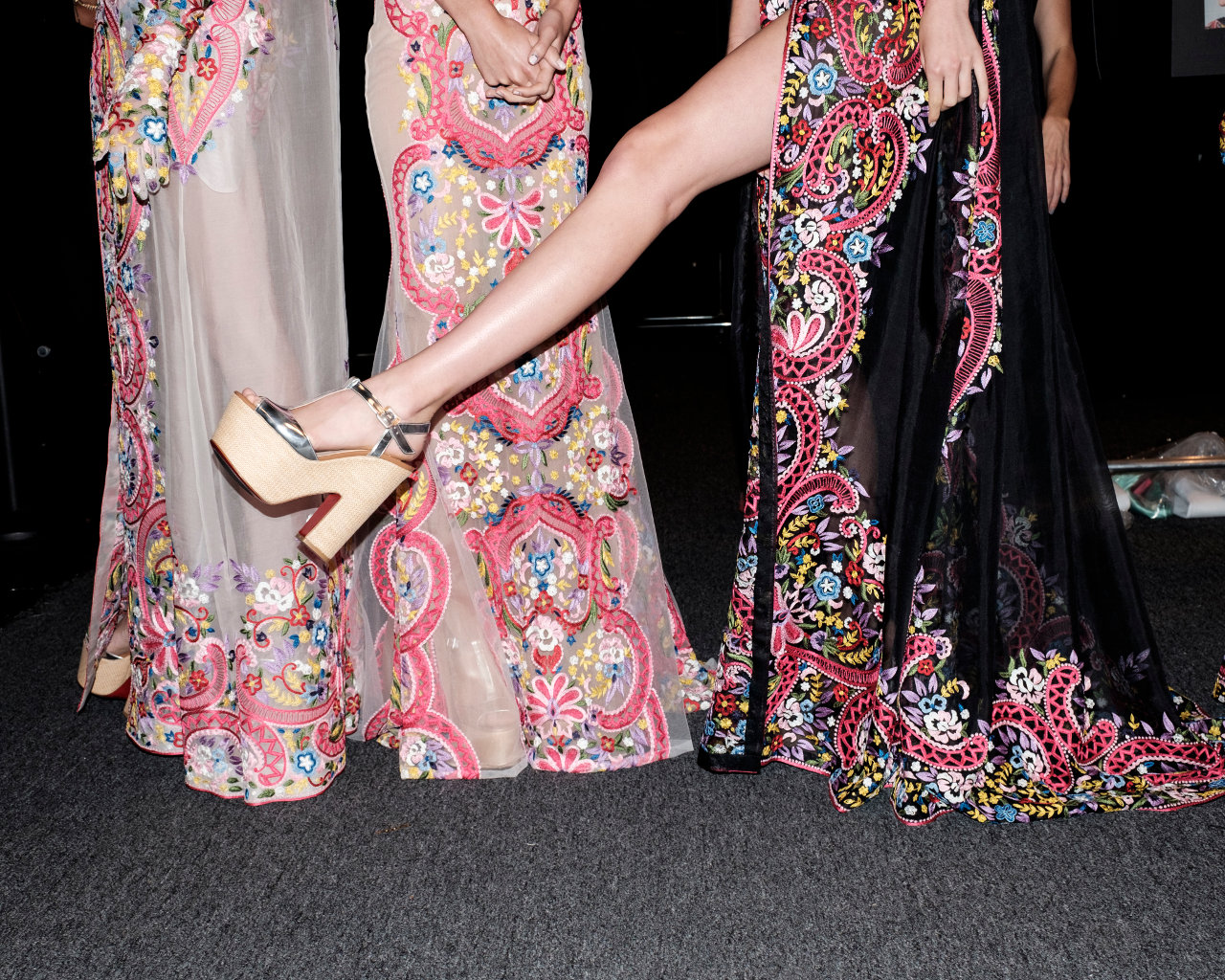 For more from the London and Paris Fashion Week runways, follow along @LouboutinWorld.