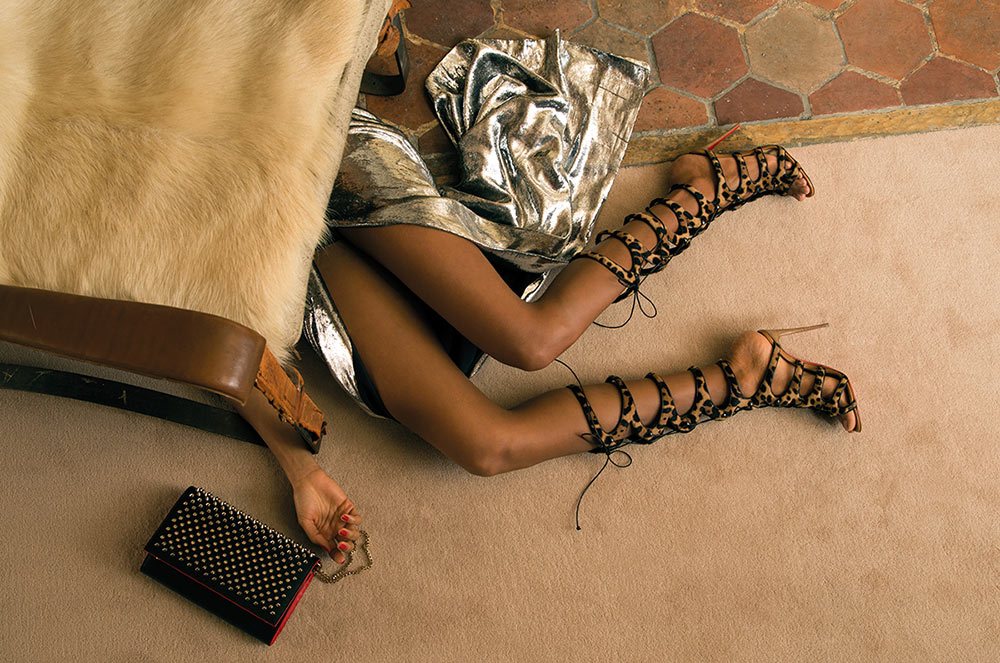 On a dark Parisian night, the glamorous yet ill-fated Amazoula was returning to her chambers in the 1st Arrondissement. She had had just one or two glasses of champagne, but felt disoriented none the less. Little did she know that tragedy was just around the corner.

At dawn, Wawy Dolly, clad discretely in her favourite shocking pink pumps, awoke to find Amazoula’s body resting beneath her favorite chair—her Christian Louboutin sandals still laced, Paloma clutch in hand. The apartment was in disarray; the rug bore the footprints of an intruder and Amazoula’s vintage leather suitcases were half-packed, a silk chemise strewn on the floor thoughtlessly.

The maid gasped, nearly dropping a tray of freshly baked macarons to the carpet. When the police arrived just moments later, they were baffled by the scene. Police commissioner Laperouse knew that a crime so senseless, with no obvious motive, called for an expert detective, an investigator with a keen eye and a relentless desire to bring the culprit to justice. 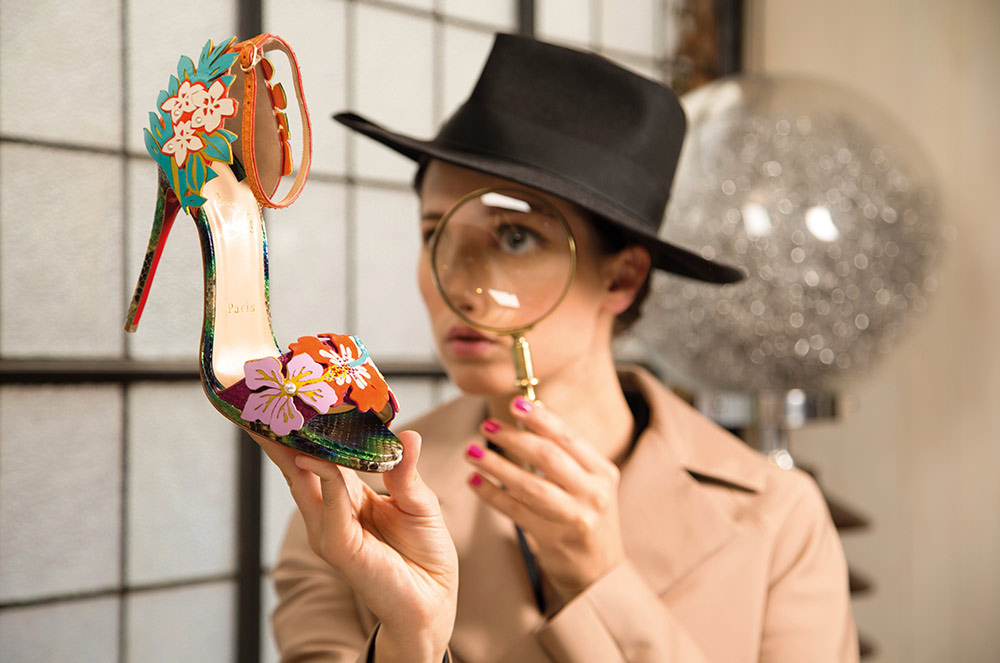 Enter Detective Baila, also known as Baila Spike, a nickname aptly given by her colleagues because she was as sharp as a knife, a woman who walked with purpose always, even in strappy patent leopard 120’s.

Upon entering the flat, Baila inspected the scene of the crime and it didn’t take long for her to identify her first clue—a tube of Rouge Louboutin Lip Colour, held tightly in Amazoula’s  grasp, even in death. Baila concluded that the untouched tube of Rouge Louboutin meant that the Lip Colour couldn’t have been in her possession for more than a few moments; its use had clearly been more sinister than seductive. 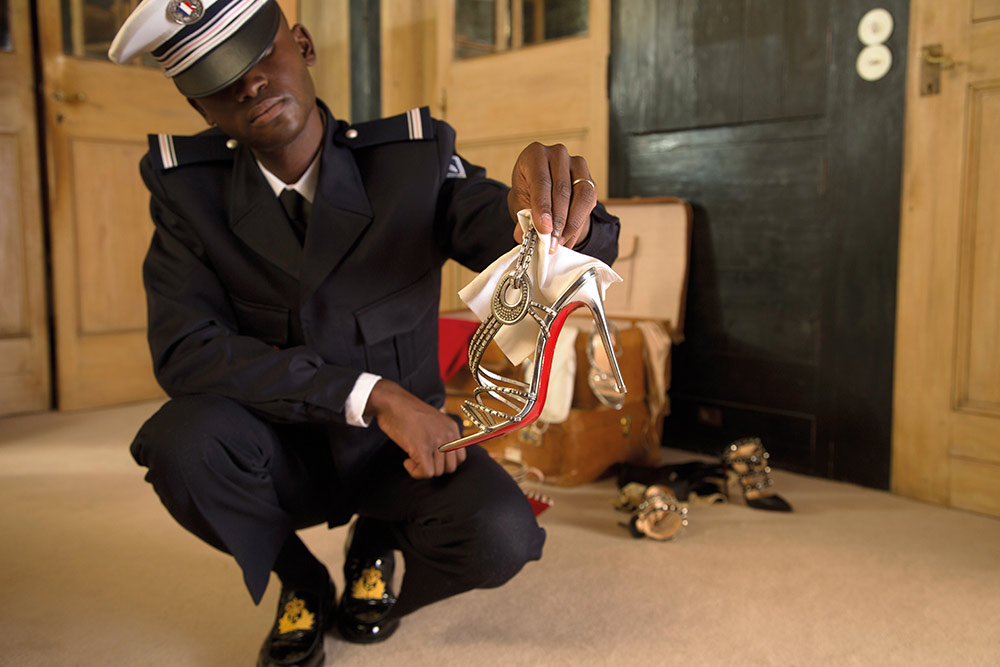 Detective Laperouse led her next into the salon, where she questioned Dolly, who was visibly shaken. Overcome with emotion, she revealed that Amazoula had many admirers…both men and women, but no one whose passion seemed to cross the line to danger. The question remained at hand, had one of those admirers gone too far?

Detective Baila continued her investigation, her classic Paloma handbag resting in the crook of her elbow, when she noticed something quite out of the ordinary. A pair of wedge sandals with a Python Roccia Electric base, intricately detailed with laser-cut 3-D flowers, she examined them closely; they were an extraordinary specimen indeed. Enraptured by the details, “A truly marvelous shoe!” she thought to herself. As if he could read her mind, Laperouse offered, “That appears to be Ha Why Luna, a very rare and precious gem.” 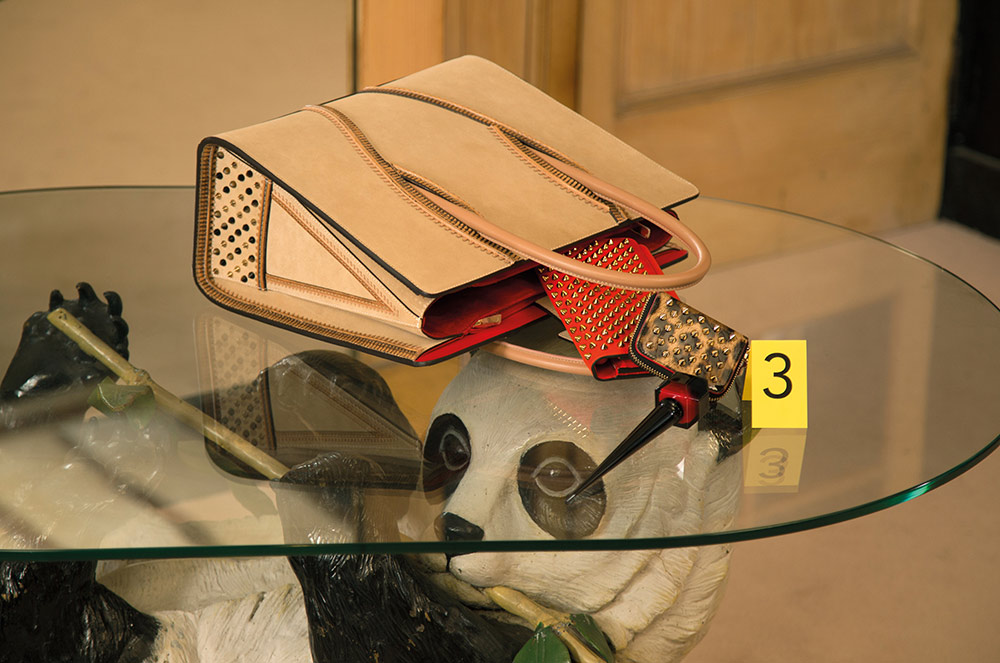 As Detective Baila continued to investigate the crime scene for evidence, she left nearly no stone unturned, stumbling across several more clues, including an elegant, jeweled sandal better known as Girlsbestfriend and a pair of vintage-inspired, high shine metallic leather pumps forebodingly named Last Empress. It became apparent to Baila that whomever had attacked Amazoula must have fled the scene in a hurry, everything in value had been left behind.

Baila began to feel an unfamiliar feeling – envy. She admired Amazoula’s closet, if not her end. The feeling only intensified with every new lead uncovered on the scene and it made her quite uncomfortable.

Ending the investigation almost abruptly, Baila sealed the last piece of evidence. It was a bottle of Rouge Louboutin Nail Colour, blood red and topped with a seductive yet dangerously long cap. “Could this be the murder weapon?’ the detective surmised.  It would need to undergo rigorous forensic testing to be sure.  Baila would take it to the lab herself today. 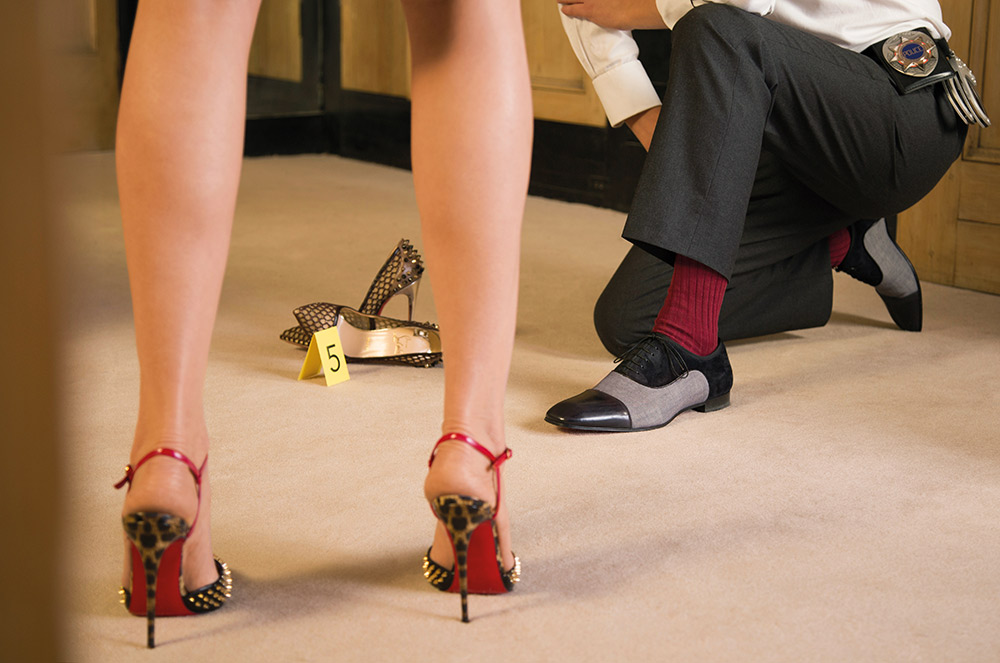 As she bid Laperouse and Dolly “Adieu,”  the officer questioned her, “Leaving so soon?” “I’ve got a lot of evidence to go over,” she replied succinctly.

Baila left the apartment quickly, crossing rue Jean Jacques Rousseau with flashbacks to the crime scene still running through her mind…Amazoula’s killer was still on the loose—was any woman of style safe in this city?