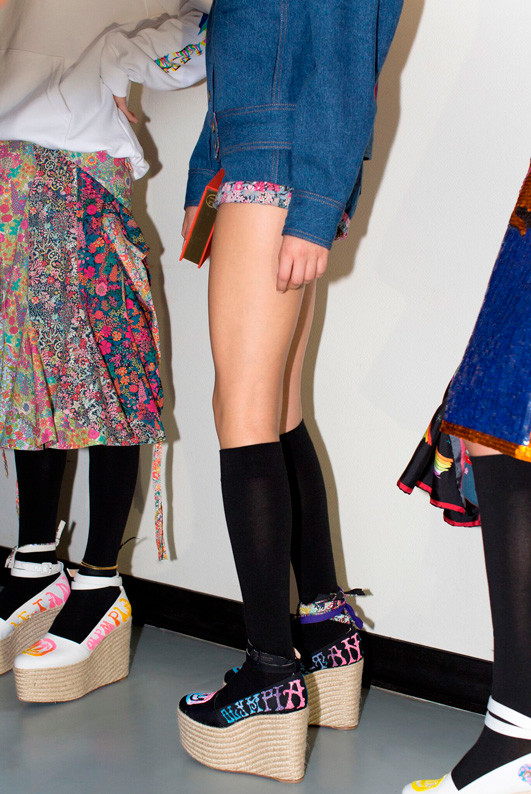 This season at Paris Fashion Week, we revved up our engines with Yazbukey, then twisted our way through a psychedelic party scene with Olympia Le-Tan. 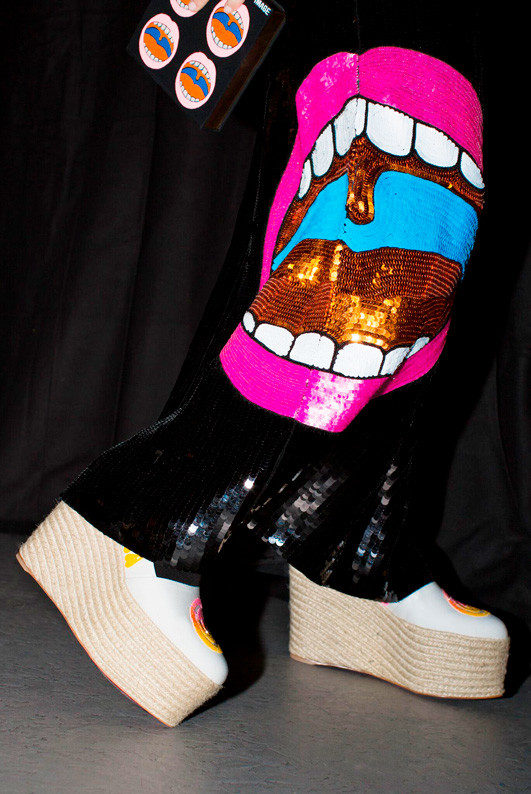 Fast and furious, sexy and free, Donna Jordan-inspired girls wheeled into Lubeck to fuel up for a wildly illegal rendezvous at the drag strip for Yazbukey’s Spring/Summer 2017 show. With a nod to racing legend Danica Patrick and inspiration taken from Russ Meyer’s classic “Faster Pussycat, Kill Kill!,” Yazbukey saluted the girls who would run the world! 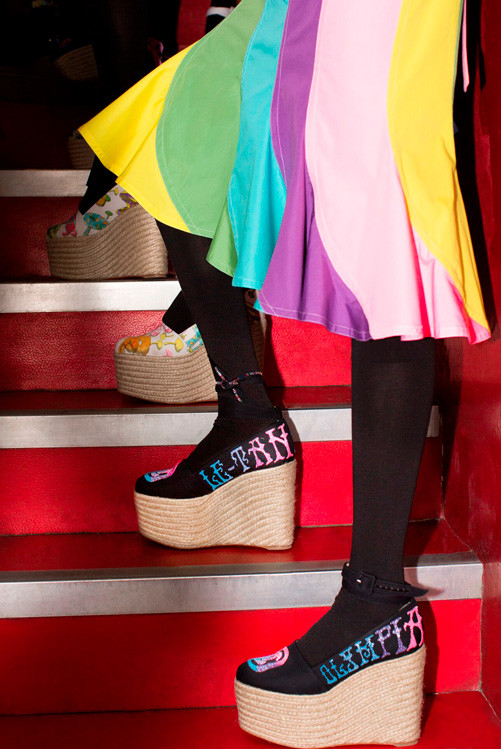 Blazing back to the feel-good decade of the ’70’s, the designer showed a collection that included cheeky and fun bombers, jumpsuits, dresses and bathing suits, covered in racing checks, stripes and a signature all-over print. For the third consecutive season, each look was matched by Christian Louboutin’s round toe Fififa with a chunky heel, either in classic red patent or one of two customised fabric versions. 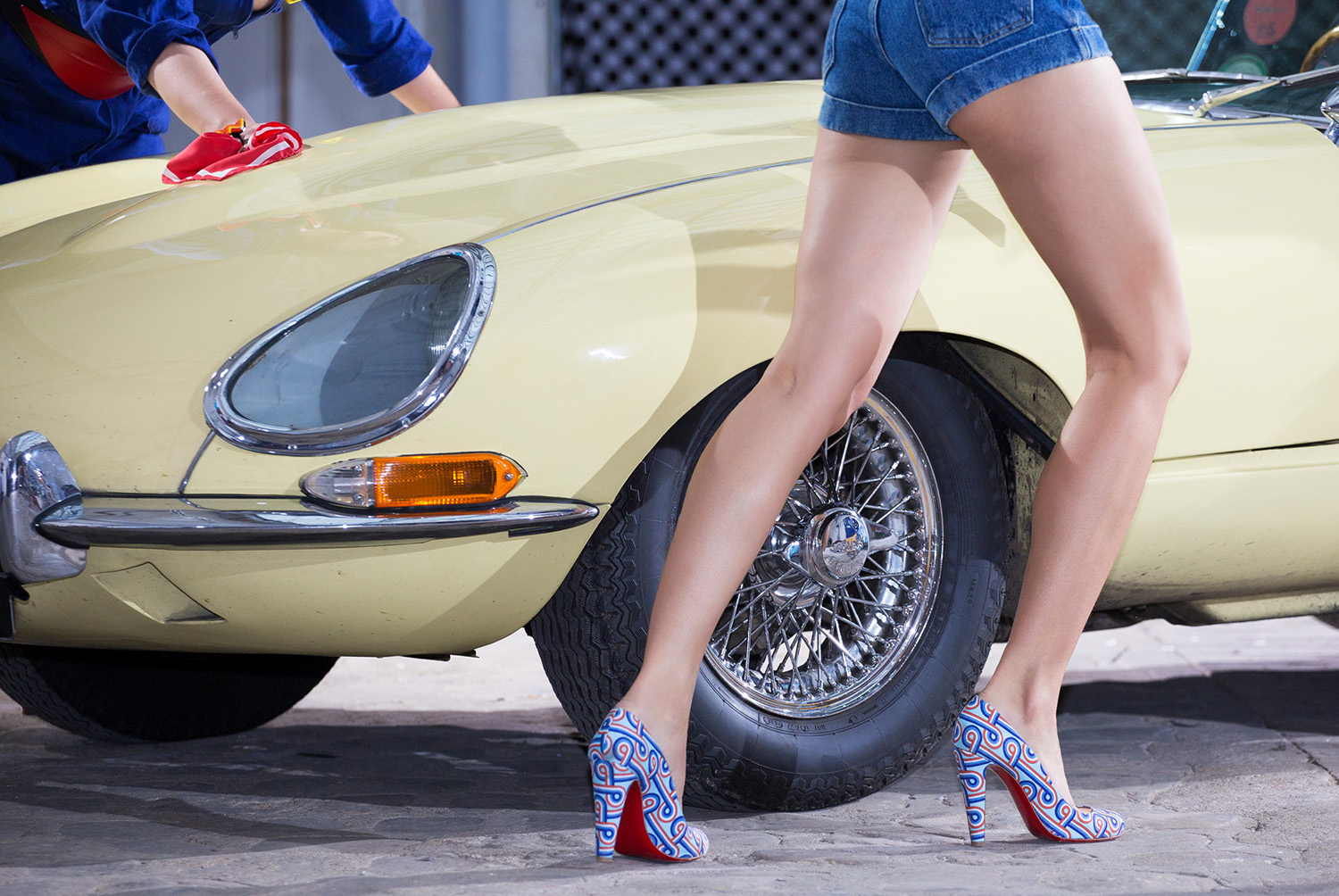 After the races, we took a spin with Olympia Le-Tan in a drippy, acid-laced psychedelic dream.  The designer, who is constantly infusing mores from the art world into her collections, summoned 60’s counterculture artists Rick Griffin, Seymour Chwast, Milton Glaser and Tadanori Yokoo on looks adorned with printed graphics. Swirls of rainbow smoke, languid mouths and the opioid-drenched cover of Oz Magazine from November 1968 appeared in a patchwork of rainbow sequins and trippy embellishments on denim separates, capes and baby doll dresses. The emblematic minaudières of the House were embroidered with the pop fusion illustrations of Keiichi Tanaami and Victor Moscoso. 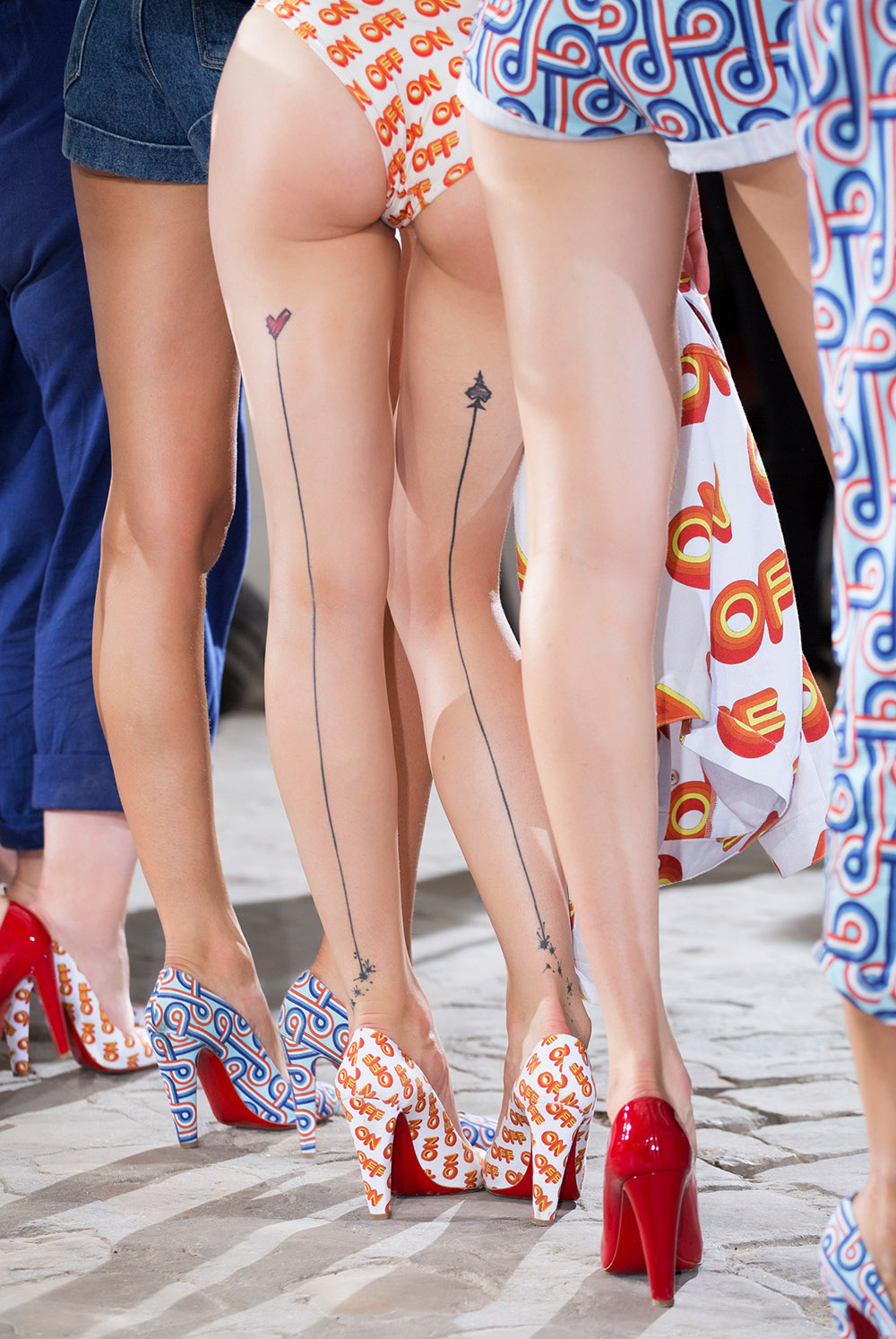 Silhouettes that sent viewers down the rabbit hole perched on high espadrille platforms Dehia with customised, mind-bending prints from the collection. Flat Galia in navy blue brought the psychotropic looks back down to earth. A sprinkle of sweetness was painted on with Christian Louboutin Sweet Charity nail lacquer, a quaint touch among a profusion of kaleidoscopic patterns. 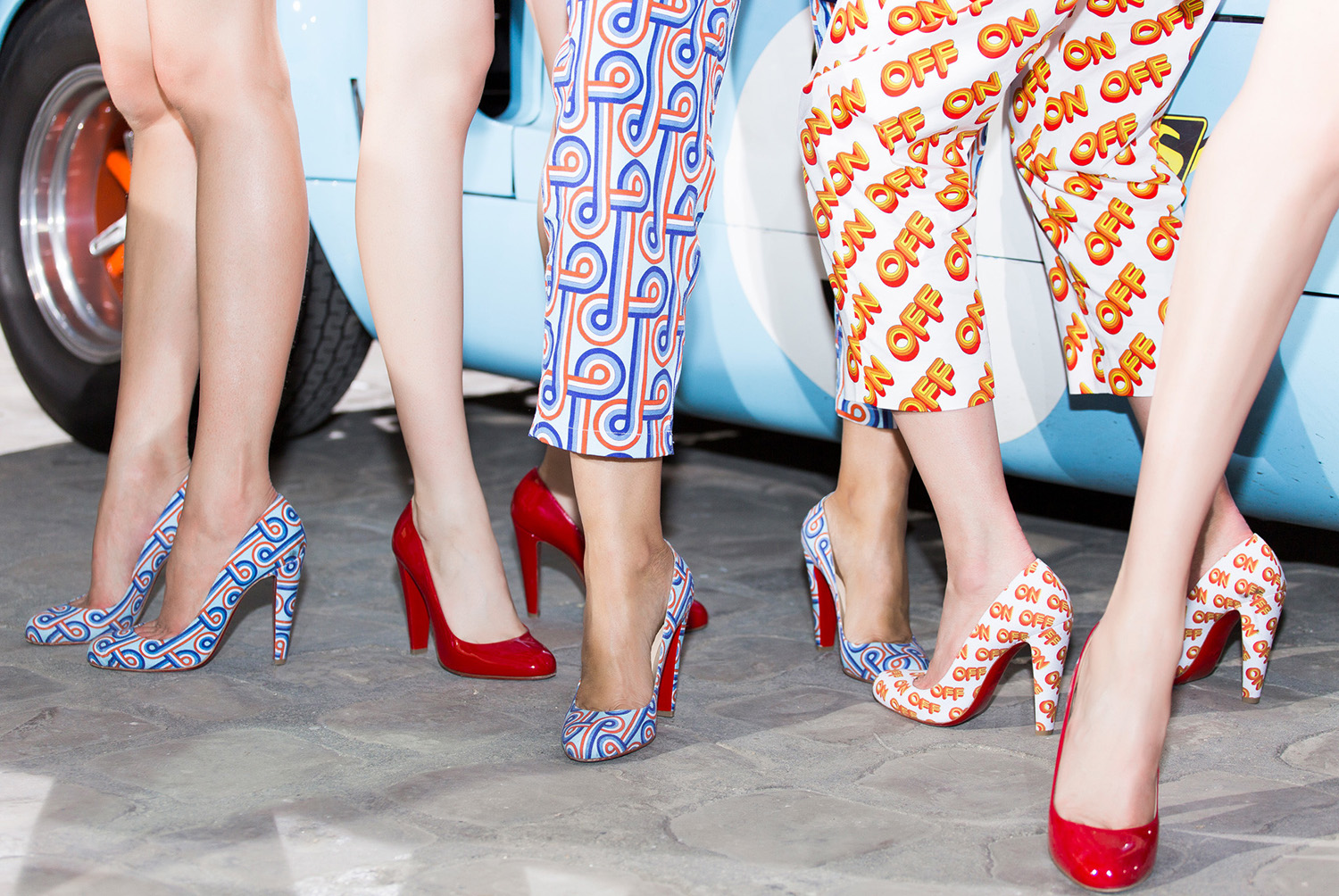